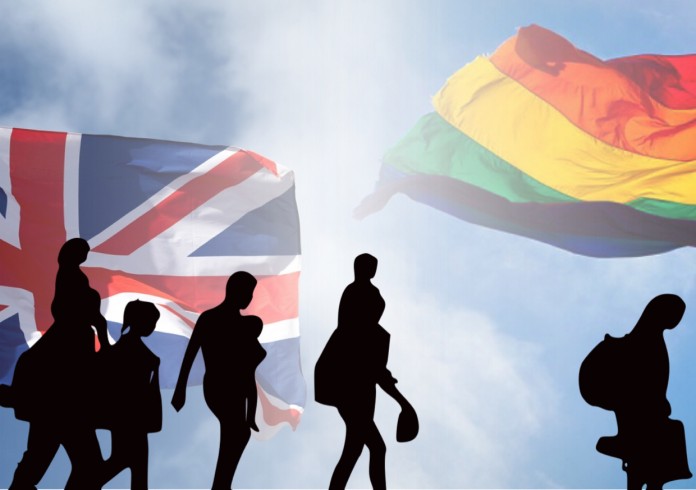 LGBTI Syrians will be among the 20,000 refugees eligible to resettle in the United Kingdom over the next five years.

“Survivors of violence and/or torture, refugees with legal and/or physical protection needs, refugees with medical needs or disabilities, children and adolescents at risk, persons at risk due to their sexual orientation or gender identity, and refugees with family links in resettlement countries.”

The move by the UK Government follows the recent priority status being given to LGBTI refugees by the Canadian Government.

While confirming the inclusion of LGBTI refugees Bates explained, “I am still concerned about the lack of planning, support and arrangements to deal sympathetically and effectively with LGBTI people fleeing torture and terror and to ensure a smooth and safe resettlement.”

Executive Director of the UK Lesbian and Gay Immigration Group Paul Dillane, described the policy as “welcome news” however also expressed concern about the process in place.

“Resettlement is often the only durable solution to guarantee the safety of LGBTI people due to the grave dangers many experience in refugee camps and places of displacement.”

“It is vital the UK authorities confirm what steps they are taking to identify vulnerable LGBTI refugees, especially in countries like Jordan and Lebanon where LGBTI people face significant dangers.”

Dillane adds, “Many will be too afraid to come forward to ask for help in case their sexuality or gender identity becomes known publicly. It is critical they are processed in a secure manner.”