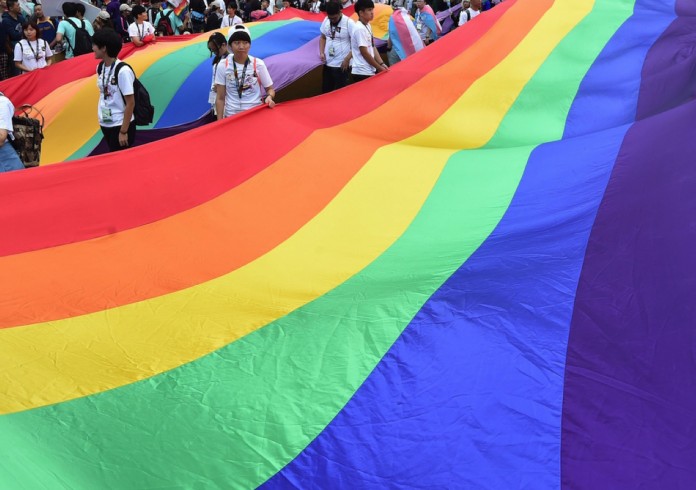 Almost 80,000 people including locals and tourists gathered in the Taiwanese capital city of Taipei to show their support for marriage equality and LGBTI rights at the 13th Taiwan LGBTI Pride parade.

Concluding the International Lesbian, Gay, Bisexual, Trans and Intersex Association (ILGA)-Asia conference in Taipei earlier in the week, the parade this year attracted participants from all over of the world, including the Japan, Malaysia, Philippines, Sri Lanka, Indonesia, Hong Kong, and Singapore.

Organisers of the 13th Taiwan Pride parade believe that this year’s theme “No Age Limit” resulted in parade attendees and the general public to rethink societal norms in regards to age, sex and gender, and encouraged a larger amount of attendees to bring their children along and participate.

Despite the noticeable absence of Taiwan’s two major presidential candidates and their respective political parties, Democratic Progressive Party (DPP) Chairwoman Tsai Ing-wen indicated her support for marriage equality by posting a video on Facebook before the parade.