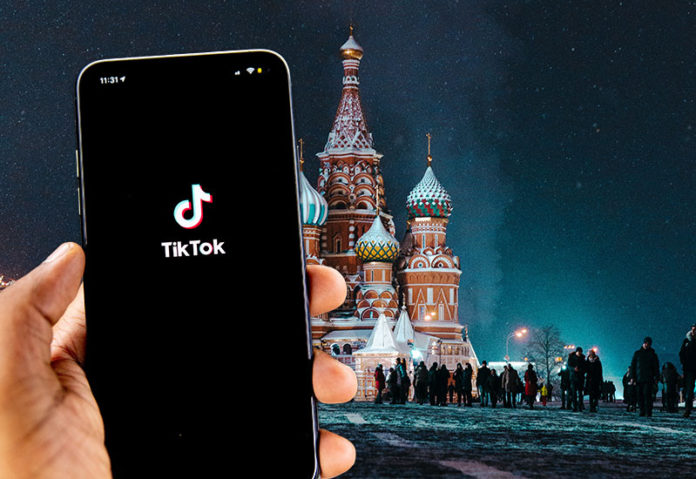 A Moscow court has fined the Chinese-owned TikTok $50,000 USD for promoting’ LGBT Propaganda’ to minors.

The court found the social media behemoth had failed to follow rules set out by the Russian Federation in relation to deleting content from the site that went against a law called the Roskomnadzor protocol.

Court recordings by Russian news agency TASS stated the Roskomnadzor protocol was read out in court and referred to the “propaganda of the LGBT movement, radical feminism and a distorted view of traditional sexual relations.”

The reason for drawing up the legislation was a video in which the TikTok broadcaster talked about learning English through gender and “forms a distorted view of non-traditional sexual relations.”

“The court decided to find TikTok Pte Ltd guilty under part 2 of article 13.41 (“Failure to delete information by the site owner if the obligation to delete is provided for by the legislation of the Russian Federation”) and to impose a fine of 3 million rubles on it,” the judge Timur Vakhrameev read out his decision.

Since 2021, TikTok has been fined a total of more than $180,000 USD for refusing to remove prohibited information.

Since February, Roskomnadzor has been compiling administrative protocols in relation to social networks and instant messengers that have not removed calls to participate in unauthorized actions.

Since the beginning of the year, a number of platforms have been repeatedly fined for violating Russian law after refusing to remove prohibited content.