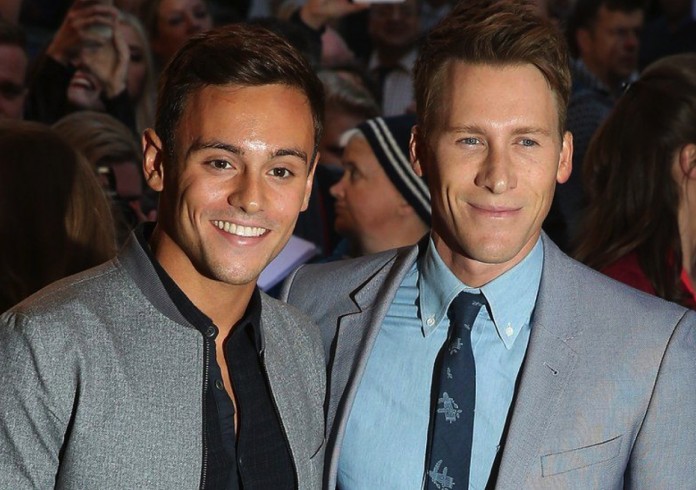 The engagement was made public via an announcement in the Births, Marriages and Deaths section reading, “The engagement is announced between Tom, son of Robert and Debra Daley of Plymouth, and Lance, son of Jeff Bisch of Philadelphia and Anne Bisch of Lake Providence.’

“In spring this year my life changed massively when I met someone, and they make me feel so happy, so safe and everything just feels great,”

“That someone is a guy.”

Tom Daley has since described their relationship as “love at first sight”.

“I’d never felt like anything like it before. We were at a party and I hadn’t even spoken to him all night. I didn’t know what to do or if he was gay at first,” he told Jonathan Ross during an interview.

“I’d never felt the feeling of love, it happened so quickly, I was completely overwhelmed by it to the point I can’t get him out of my head all the time. I’ve never had it before where I love someone and they love me just as much.”