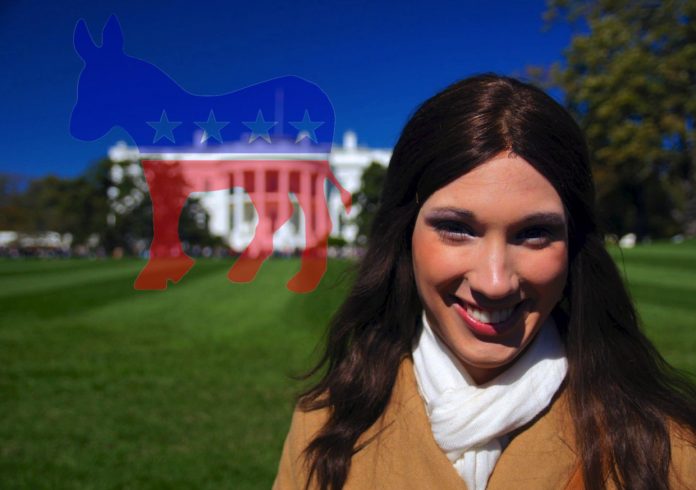 The 2016 Democratic National Convention is set to make history, by having the first openly transgender speaker at a convention of a major US political party.

Sarah McBride who is the national press secretary of the Human Rights Campaign’s Foundation has been announced as one of the speakers for the assembly’s final day, cementing her place in LGBTI history.

McBride who also volunteers for the steering committee Trans United for Hillary, a political group that supports the party’s presumptive nominee, former Secretary of State Hillary Clinton, says that she is “proud to stand with the LGBT Caucus and speak out in support of Hillary Clinton.”

McBride adds in a statement, “People must understand that even as we face daily harassment, tragic violence, and an onslaught of anti-LGBTQ political attacks across the country, we are real people merely seeking to be treated with the dignity and respect every person deserves.”

Human Rights Campaign President Chad Griffin, who will also be speaking on the final day of the convention says that “Sarah’s inclusion in Thursday’s program is a significant milestone for our community, and it sends a strong message that transgender people and their voices matter.”

Clinton herself is also set to make history this week once she is officially nominated as the Democratic nominee, becoming the first woman in United States history to run for the White House representing a major party.