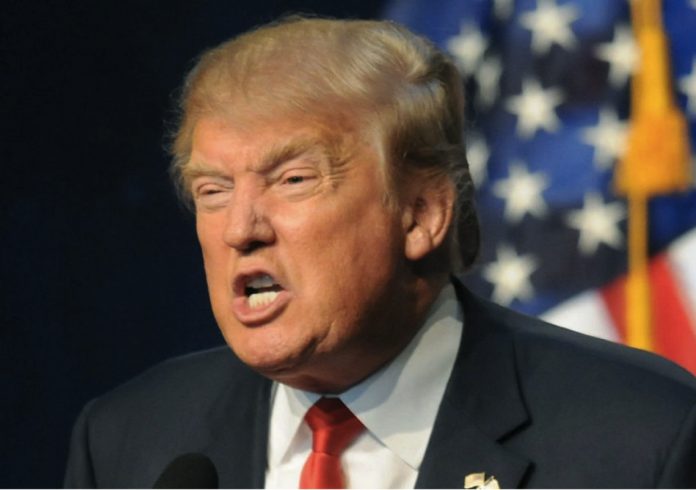 Republican Presidential nominee, Donald Trump has been accused of exploiting the largest mass shooting in recent United States history for his own political gain.

The comments referring to Trump’s reaction to the Pulse Nightclub shooting, where made by the President of the Human Rights Campaign, Chad Griffin as he addressed delegates at the Democratic National Convention held in Philadelphia.

Griffin who referenced Trump’s behavior after the nation was “rocked to its core by a senseless and hateful attack,” explains that “while the nation mourned, Donald Trump strutted before the cameras, and exploited our national tragedy.”

“He had the audacity to tell the American public that he was the true champion for LGBTQ people in this race and that our community would be better off with him in the White House.”

Griffin continued by highlighting Trump’s Anti-LGBTI statements while comparing them to Clinton’s.

“While Donald Trump chose as his running mate a governor who tried to divert HIV funding in order to finance the abusive practice of so-called ‘conversion therapy’ … Hillary Clinton, on the other hand, is committed to stopping the spread of HIV, banning conversion therapy for minors, and ending the hate and violence our community still faces.”

Griffin finished by reminded the Republican nominee that the LGBTI community is as diverse as the fabric of the United States, “We are Muslim. We are Jewish. We are women. We are black, white and Latino. We are immigrants and we are people with disabilities. And when you attack one of us, you are attacking all of us.”