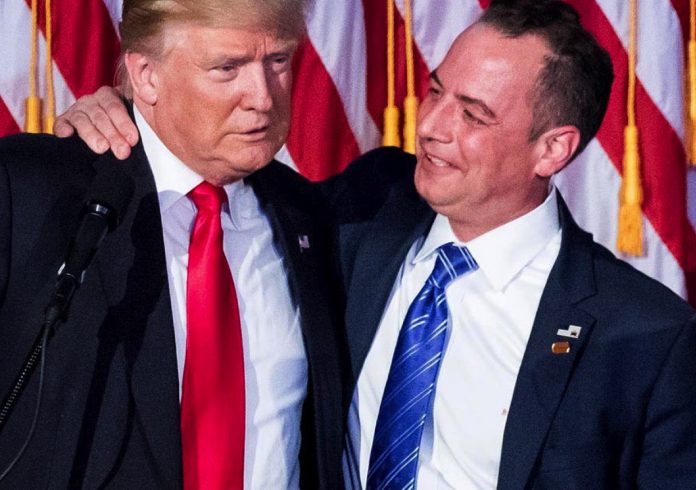 Priebus who has been widely criticised in the past by many LGBTI and Human Rights groups for his anti-LGBTI advocacy has headed the RNC since 2011, defending the Republican Parties opposition to same-sex marriage.

Having been quoted as saying that the overturning of marriage equality in the United States would be “the best scenario for kids,” LGBTI advocacy group The Human Rights Campaign (HRC) has described the RNC chair of having “the most overtly anti-LGBTQ Republican platform in history.”

With views that include opposition to marriage equality, and support for adoption agencies that refuse same-sex couples from adopting children, the new Chief of Staff has a long history of anti-LGBTI policies and agenda.

In addition to Priebus, Trump has also appointed former Breitbart News Chairman, Steve Bannon is to be his chief strategist and senior counselor to the President Elect.

The appointment of Bannon who took on the role as CEO of the Trump election campaign following taking leave from Breitbart (an “alt-right” news website criticised for attracting an extremist following) has also been widely criticised for allowing anti-LGBTI campaigners a platform to express their homophobic views.

David Axelrod, who is a former senior adviser to President Obama and political commentator for CNN, described Bannon’s appointment as “deeply troubling.”

Despite criticism and his promise to rid the United States political system of career politicians, Trump said in a statement, “Steve and Reince are highly qualified leaders who worked well together on our campaign and led us to a historic victory.”

“Now I will have them both with me in the White House as we work to make America great again.”