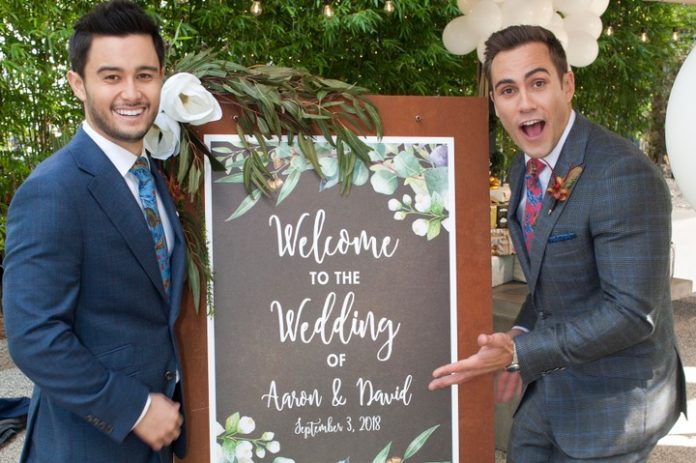 Australia’s first same-sex TV wedding is now only three weeks away and Network Ten has released the official Neighbours wedding promo video ahead of the big day and everyone is invited.

Airing on Monday September 3, Aaron (Matt Wilson) and David (Takaya Honda) are set to marry in a glamorous ceremony presided over by celebrity celebrant Magna Szubanski.

One of the few TV shows that is simulcast on the same day in both Australia and the United Kingdom, the 33-year-old veteran soapie has seen the creation of major world stars including Kylie Minogue, Russell Crowe, Margot Robbie, Liam Hemsworth and Guy Pearce.

Shot back at the end of May, the wedding storyline is a result of the marriage equality laws changing in Australia this year and will be a breakout moment.

See the official trailer and invitation below.