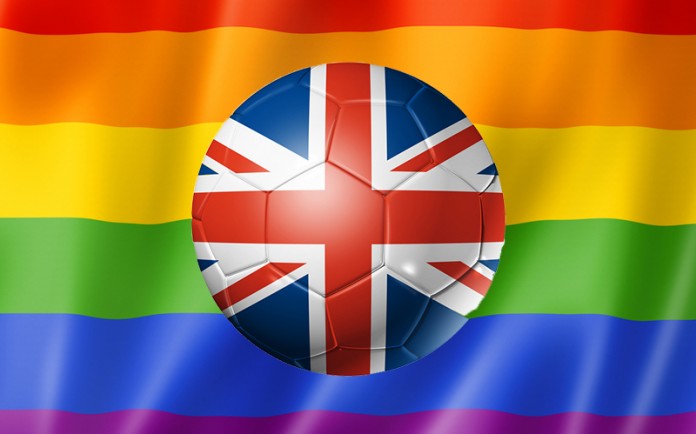 Two Premier League Soccer players, including one that has represented England at an international level, are planning on coming out, making them the first ever players to publicly announce they are gay while playing in the top flight of English football.

The Daily Mirror has reported that the two players have told family and friends and are being supported by their clubs and the Football Association.

Gay footballers have stayed silent about their sexuality for fear of the backlash including taunts from opposing fans.

But with attitudes finally changing two Premier League stars believe the time is right to come out.

“The stigma has completely gone, and the public are far more accepting,” a source that spoke with The Mirror said.

“At this level of football, being gay is almost the final frontier.

“It has always been such a macho game and, unfortunately, perhaps more than in any other sport, there can be an aggressive mob mentality in the stands.

“But finally the tide is turning and more and more sports people are openly gay.”

The newspaper has not revealed their names and said they will not do that until they make their announcement sometime before the start of next season.

But this sort of speculation can only exacerbate the situation and the likelihood of this bringing forward the announcement or derailing completely it is strong.

The website also revealed that another well-known player came out to friends in 2011, but a homophobic word was then splashed in paint across his car.

It is understood he is now reluctant to come out publicly in case he is the target for more abuse and this has always been the concern for most professional footballers, worldwide.

But he was subjected to malicious jibes from fellow players and terrible abuse from fans. He hanged himself, aged 37, in 1998 after being accused of sexual assault.

No male footballer since Fashanu has come out while still playing professionally in this country.

Ex-Aston Villa midfielder Thomas Hitzlsperger retired before his 2014 announcement that he is gay.

While current LA Galaxy player Robbie Rogers announced that he was gay after a stint at Leeds United in the Premier League.

But gay stars in other sports have been blazing a trail including British diver Tom Daley.

Keegan Hirst made history in August when he became the first British professional rugby league player to come out.

It followed the announcement in 2009 by gay rugby union star Gareth Thomas.