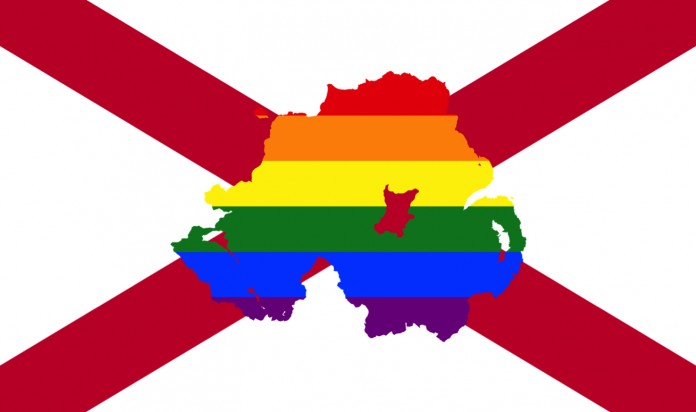 Following the successful ‘YES’ campaign in the separate Republic of Ireland, which became the first county in the world to legalise same-sex marriage by way of popular vote in May 2015, the UK’s Labour Party is now calling for a referendum on same-sex marriage in Northern Ireland.

However LGBTI organizations in Northern Ireland have criticized the UK’s Labour Party position on the issue, and oppose the referendum saying that a referendum is not right for their part of the island.

“Of course we were delighted to see the ‘yes’ victory in the Republic of Ireland and many of us were deeply involved with that campaign but it would be inappropriate to suggest that the referendum campaign could be replicated in the North.”

“The current patchwork of marriage laws across the UK is wrong and that it went wrong in Westminster.

“Not only did the Marriage (Same-Sex Couples) Act create the untenable situation where some marriages are only recognized in some regions of the UK but it placed unacceptable burdens on trans individuals to seek the permission of their spouse in order to access legal recognition of their gender.”

England, Wales, and Scotland have also legalised same-sex marriage, however marriage equality has been blocked in Northern Ireland.

“We believe that, were a referendum to be called, that equality would win, however it is wholly unacceptable to expect the LGB&T community in Northern Ireland, in the face of the most organized opposing forces in the UK, to secure a win in a referendum which would not be proposed in any other region of the UK.”

The organisations who have since met with Labour’s Shadow Secretary of State for Northern Ireland Ivan Lewis MP, to inform him that they oppose his plan.

“Ivan was very willing to listen to our objectives and concerns not only on marriage equality but on wider issues of homophobia, transphobia, healthcare provision and education.”