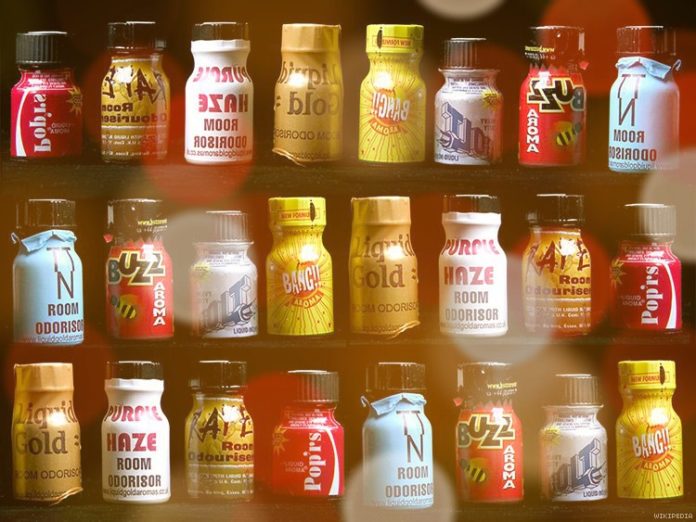 The United Kingdom government is looking to legalise poppers.

Alkyl nitrite preparations, widely known as poppers, have been in a legal grey area since 2016 when they were granted a last-minute reprieve from being placed on a ban on legal highs following a campaign by the LGBT community in the United Kingdom.

Now Boris Johnson’s Home Secretary Priti Patel is seeking legal clarification around the current legal status of the drug, indicating a willingness to have them fully legalised.

In a letter to the Advisory Council for the Misuse of Drugs (ACMD), Patel wrote that she was “minded to” legalise Poppers.

“However, a Court of Appeal judgment in 2018 confirmed that substances which have only an indirect psychoactive effect can still be captured by the 2016 Act,” she said.

“As a consequence the lawfulness of the supply of poppers is uncertain. I am minded to remove this uncertainty by explicitly exempting poppers from the 2016 Act. I would seek the ACMD’s advice on an exemption.”

The Home Secretary’s letter comes as a surprise because Patel has not been very friendly to LGBT causes in the past and voted against the 2013 Marriage (Same-Sex Couples) Bill, which introduced same-sex marriage in England and Wales.

The move in the United Kingdom comes just months after poppers were moved to being a prescription-only drug in New Zealand and Australia.

In New Zealand, Medsafe has told suppliers of poppers in New Zealand to “destroy all remaining stock.”