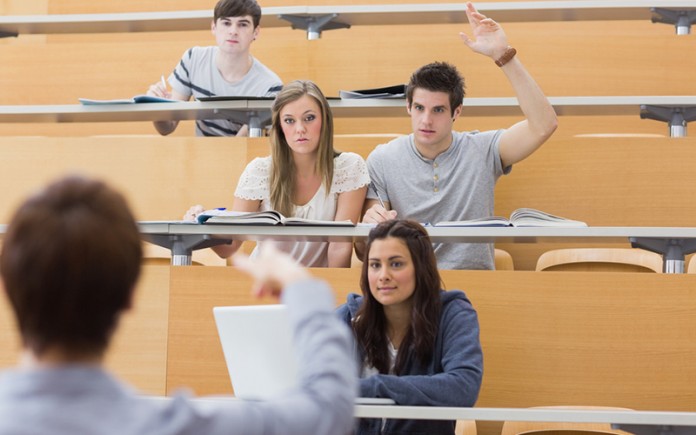 Did you ever have a crush on your University lecturer? You thought maybe they were gay but then were like “no – no chance they are gay”.

Well following on from our story last week regarding those jobs most likely to include the gay community, the Times Higher Education have teased more out of the report and suggest University and college teachers are more likely to be gay.

The data concluded that post-secondary teachers had the ninth-highest proportion of gay men and lesbian women.

They judged that lecturers are required to have above-average social perceptiveness, and have relatively high degrees of work independence – traits common in jobs with high numbers of gay and lesbian workers.

Explaining why the study suggests that they may have developed better than average social perceptiveness because they have had to deal with prejudice from an early age.

“Awareness and anticipation of others’ reactions and mental states – whether they are patients in a healthcare setting, passengers on a plane, audience members in a theatre, or students in a classroom – are relatively important components of many such jobs,” says “Concealable stigma and occupational segregation: toward a theory of gay and lesbian occupations”, published in Administrative Science Quarterly.

Working independently of others is attractive because it gives gay and lesbian employees more control over whether or not to come out to colleagues, it argues.

In the UK, the LGBT charity Stonewall last week named 12 universities among its 100 most gay-friendly employers.

So maybe, just maybe that lecturer you were swooning over was actually gay.