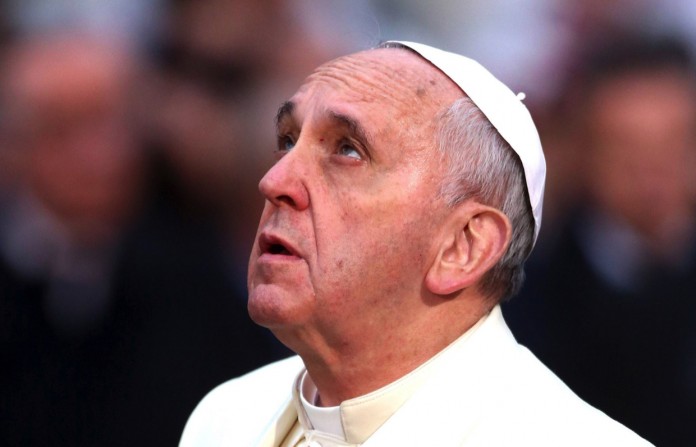 Claims have been made that the Vatican has been attempting to “cure gay priests” alongside pedophiles and drug addicts.

The claims have emerged after Father Krzysztof Charamsa, a Polish theologian, was sacked once he had came out as being gay and having a long-term partner.

Priests who have “inappropriate sexual tendencies” are sent to a monastery in Trento, according to former priests that have come forward to the Italian press.

The priests who are sent to Trento, alongside drug addicts and pedophiles will receive a period of “training, personal reflection, and enlightenment”.

The latest allegations directed at the Vatican follow a Vatican insider’s suggestion that 50% of the priests that meet in the Vatican are secretly homosexual.

The priest in charge at the monastery in Trento, Gianluigi Pastó, has said that “I can only say that here we help the priests become healthy.”

According to an interview with La Repubblica, Pastó has denied the institution is specifically for gay or pedophile priests, however, did not deny whether they had come for treatment in the past.

Pastó would not reveal the methods being used at the monastery in Trento and simply referred to their website stating that they use “various types of therapy”.

In relation to the recent claims, a Vatican spokesman has said, “There is no comment.”

Gay rights campaigners have reacted angrily to the reports, including the Director of New Ways Ministry, which is the US Catholic LGBTI rights group. Francis DeBernardo said, “This sort of thing is completely wrong.”

The World Health Organisation considers ‘gay cure’ or ‘gay conversion’ therapy to be extremely harmful, both mentally and physically, advising that it should not be attempted by anyone. ‘Treatments’ range from prayer therapy to electric shock and torture, in an attempt to show the body and mind that homosexual thoughts are un-natural and wrong.