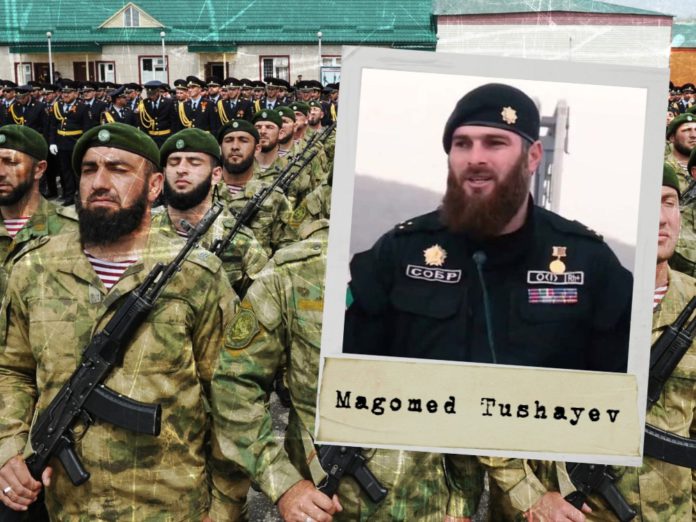 One of the key figures behind the horrific Chechnyan “gay purge” has been killed in action while assisting invading Russian forces in Ukraine.

Magomed Tushayev, who was one of the top military advisors for Chechen leader Ramzan Kadyrov, helping to oversee a horrendous “purge” of LGBTQ+ people since 2017, was reportedly killed by Ukrainian forces.

Tushayev, who is reported to have been part of a deployment of Chechen fighters to assist Russian president Vladimir Putin’s war on Ukraine, met his demise while leading the 141 motorised regiment of the Chechnya National Guard.

Chechen leader Kadyrov announced his support for Putin’s war on Ukraine on Saturday the 26th of February, saying that “The president (Putin) took the right decision, and we will carry out his orders under any circumstances.”

Tushayev’s death has been confirmed by Illia Ponomarenko, the defence reporter for the Kyiv Independent and a spokesperson for Ukrainian president Volodymyr Zelensky.

Magomed Tushayev, one of Ramzan Kadyrov’s top warlords, has been killed in action in Hostomel.
🇺🇦Ukraine’s elite Alpha Group is reportedly fighting Chechens in the airfield. pic.twitter.com/bPHgBPK8sL