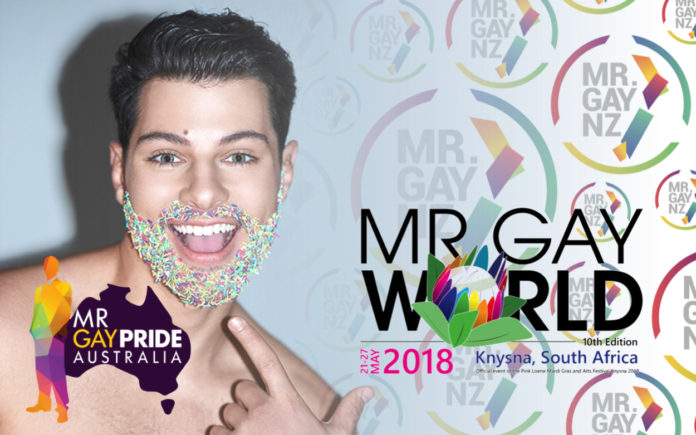 Applications for the 10th annual Mr. Gay New Zealand competition have officially closed just a day after the announcement of LGBTI rights activist, who is best known for his time in MKR Australia, Jordan Bruno being crowned as Australia’s representative for Mr. Gay World 2018.

The finalists who are expected to be announced by Friday the 19th of January 2018, will soon find themselves competing for the title of Mr. Gay New Zealand 2018, and the opportunity to represent New Zealand at Mr. Gay World 2018 in Knysna, South Africa in May.

Designed to be a “mini Mr. Gay World” finalists will conduct a series of tasks including a written test, interview, public speaking, public voting, and charity challenge, to select and prepare the next Mr. Gay New Zealand.

This year’s Mr. Gay New Zealand finalists will also conduct a mentoring training session with the StartOut Organisation, to help them engage with and help young kiwi’s across New Zealand, with the aim to eradicate discrimination of young people of diverse sexualities and genders (DSG), improve social inclusion and economic participation of young DSG people, and educate the wider community on the effects that discrimination and exclusion can have on the mental health of young DSG people.

The Final of Mr. gay New Zealand 2018 will be held at Auckland’s Coyle park, at the Ending HIV Big Gay Out.