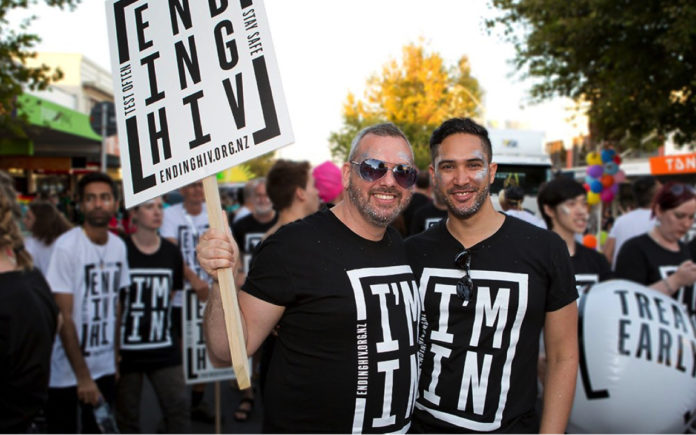 The 2018 Auckland Pride season is fast approaching, and volunteers are in high demand for both the Ending HIV Big Gay Out and for the Auckland Pride Parade.

The New Zealand AIDS Foundation is seeking individuals who are keen to show that they are passionate about ending HIV in New Zealand, and would love your support by volunteering at the Ending HIV Big Gay Out and/or the Auckland Pride Parade.

Hoping to make 2018’s Big Gay Out and Auckland Pride Parade the biggest and most fabulous yet, say that they have a wide range of volunteer roles at the Big Gay Out, from collecting donations, handing out condoms, or being an “awesome assistant.”

Volunteers, who have backgrounds in PR or who are PR students, are also in high demand for the charity.

See below for more details on volunteering for both the Ending HIV Big Gay Out and the Auckland Pride Parade.

When and where?
Sunday the 11th of February at Coyle Park in Point Chevalier.

The NZAF need 20 volunteers on Saturday the 10th between 9 am and 3 pm to help with setting up.

What will you be doing?

The NZAF have a mix of volunteer roles on the day, from collecting donations, handing out condoms, or being an awesome assistant, there will be a range of things you can do to help. The NZAF are also looking for a couple of volunteers who have backgrounds in PR or are PR students.

What will you be doing?

There are two ways you can be involved in this year’s Pride Parade!

Simply follow this link and fill out the online form to sign up to volunteer and make both of these events fabulous! The NZAF will be in touch with more details closer to the time.