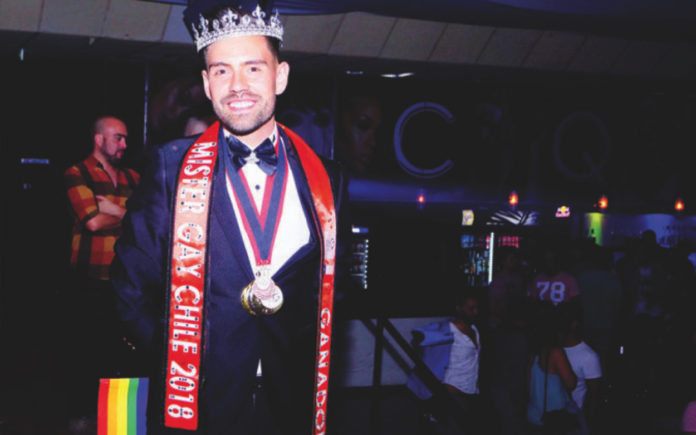 The 10th Mr. Gay Chile that will represent the nation in Mr. Gay World 2018 has been elected, during the competition’s final held in the City of Rancagua.

After months of competitions, and winning multiple special awards, the finalist René Rivera was awarded the title during a lavish event at Acqua Diva in Rancagua.

30-year-old René Rivera, an avid volleyball player, started his Mr. Gay Chile journey back in 2009 when he originally participated took part in the competition. After failing to secure the title, Rivera never gave-up on his ambitions.

Rivera, who says he likes nature, animals, as well as design and decoration in general, received the gold medals as the winner of the Mr. Fashion, Mr. Photogenic, and Mr. Congeniality competitions.

Rivera received the bronze medal at the Sports challenge, which was sponsored by the Office of Diversity and Inclusion of the municipality of Providencia, and obtained a silver medal for his performance in regional costume, during the Fantasy Night held in the city of Santiago.

The first runner-up was the candidate from the Valparaíso region, Matías Ramírez, with the representative from the South area of Santiago (the capital of Chile), José Miguel Paredes, securing third runner-up.