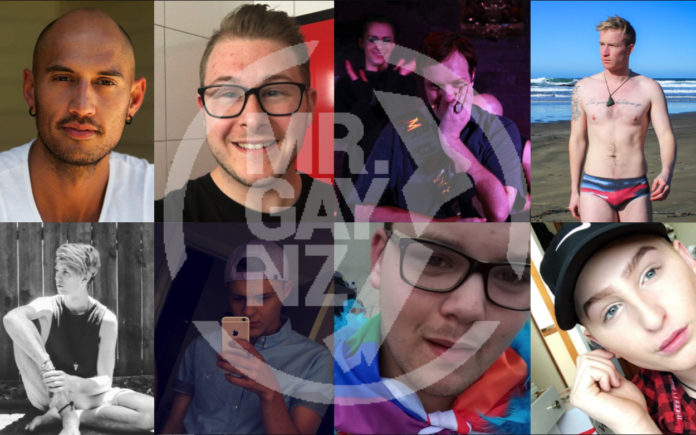 The 8 finalists who will compete in a wide range of challenges including an opinion piece, written test, formal interview, public speaking, and charity challenge, will also complete a mentoring course, to equip each individual with the knowledge to effectively guide and help at-risk LGBTI youth who are reaching out and seeking help.

The Mr. Gay New Zealand final which will be held from Saturday the 10th till Sunday the 11th of February 2018 will feature in the flagship event of the Auckland Pride Festival, the Ending HIV Big Gay Out, in Auckland’s Coyle Park.

Members of the public will also be able to participate in the final by having their say in an online public vote which will commence on 28 January. The public vote will help our judges select your representative for Mr. Gay World 2018.

This year’s finalists of arguably the most successful Mr. Gay World competition feature both new and former finalists, who will be scored on their:

Stay tuned to eikon, as each finalist publishes their own opinion piece, explaining who they are, what they stand for, and what they hope to achieve as your next Mr. Gay New Zealand.