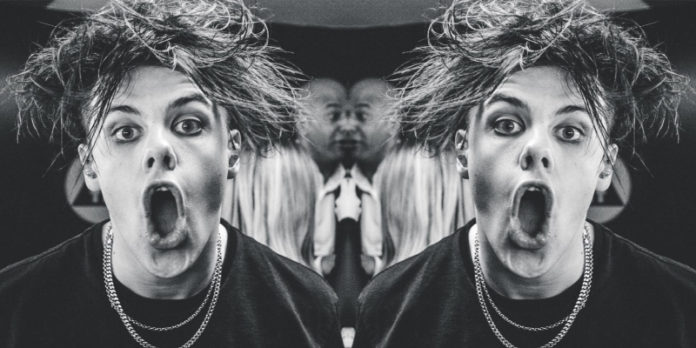 English singer-songwriter, Yungblud, who is best known for his socially conscious and genre-bending protest songs, has opened up about his love life and being sexually fluid.

The 22-year-old singer, whose real name is Dominic Richard Harrison, discussed the intimate topic during a recent interview with Attitude magazine.

“I am more straight. But if I walked down the street and met a f–king bloke tomorrow, or a trans person, you never know. It’s about connection. I’m very fluid about it,” explained the Doncaster born singer.

“I came to London to be liberated, to be able to paint my nails, to f–king try sex with a guy, to try everything, to fulfil my fantasies and figure out who I am,” Yungblud says.

Yungblud also touched on his enjoyment in breaking gender norms in fashion saying, “That’s why I f–king wear a dress on stage. We’ve been brought up with such boundaries: woman wears dress, man sees woman’s curves, you can make baby.”

“Western civilization put women in dresses and men in trousers. Before that, in medieval times, every f–ker wore a dress.”

“I wake up one day and want to look girly as f–k, and I’ll wake up the next and walk out of the house in a Fred Perry polo shirt looking like I’ll beat the s–t of out you.

Yungblud has been in a relationship with 24-year-old Halsey, since November 2018.

Halsey has also been publically open about her bisexuality.