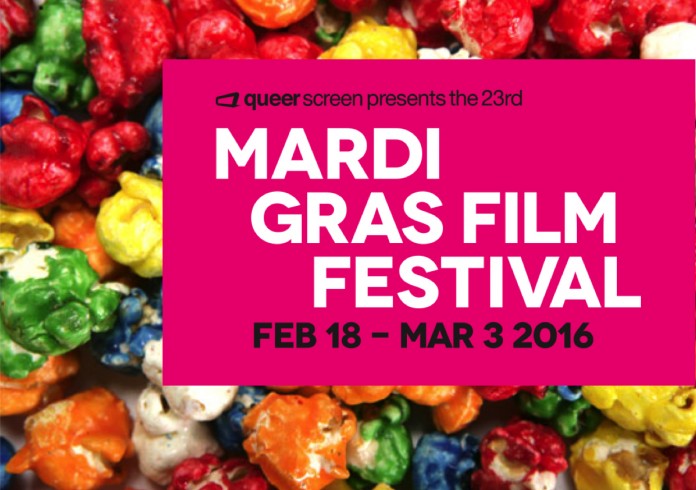 The 23rd Mardi Gras Film Festival, to be held in Sydney, is set to be the biggest year yet, with 20 additional screenings, 4 new venues, 9 international guests, and countless Australian premieres.

Presented by Queer Screen, the film festival runs from 18 February to 3 March, and features 75 screenings at Event Cinemas in George Street Sydney and new-to-festival venues the Hayden Orpheum Picture Palace Cremorne, the Golden Age Cinema and Bar in Surry Hills and The Harbour.

In addition, from mid-March to early April the Festival will travel to the Riverside Theatre in Parramatta and for the first time, the Carrington Hotel in the Blue Mountains.

Festival Director Paul Struthers explained that every year the film festival aims to be bigger and better than the year before.

“We have more diversified content including a lot more lesbian films, more transgender films, more documentaries, more international guests, more masterclasses and more screenings at more venues including two free community screenings. There is absolutely something for everyone in this year’s line-up and we are really excited to launch the full program today”.

The jam-packed program offers LGBTIQ stories across the whole spectrum from fantastical feature films to raw documentaries and promises to make audiences laugh, cry, think, be inspired and engaged.

My Queer Career which is Australia’s largest LGBTIQ film prize has been increased to a prize of $14,000 in cash and support, helping to make the festival the biggest to date.

The full program and all tickets are now on sale at queerscreen.org.au or through the Mardi Gras Film Festival app.