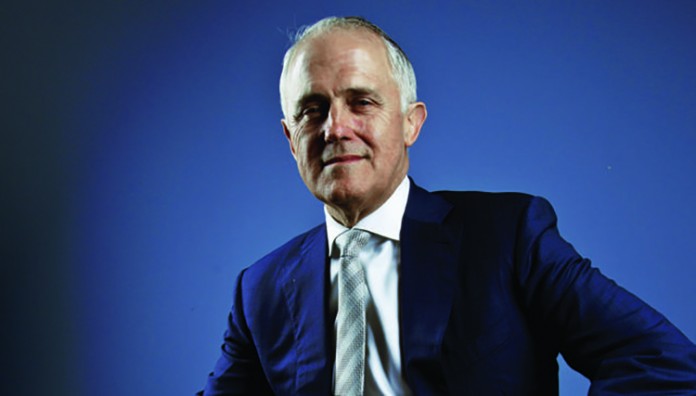 Malcolm Turnbull is set to become the first sitting Australian Prime Minister to attend Sydney’s Gay and Lesbian Mardi Gras but he is under pressure from some in the right-wing of his party to stay away.

The PM is a regular attendee at the parade as a local member of neighbouring electorate Wentworth as well as a long time supporter of many LGBT events.

His attendance last year as the member for Wentworth was nothing unusual as, it would be expected, would be his attendance this year.

In a special report on Seven News, some prominent, un-named members of his Liberal party have stated his attendance would cause a major rift.

One suggesting that if he did attend it would be “a dangerous thing” and another suggesting it would “define divisions in the party.”

One going as far to say, “he shouldn’t have attended in the past let alone this year.”

The divisions in the Liberal Party are being fuelled by the PM’s support for same-sex marriage and calls of late for him to scrap Tony Abbott’s plebiscite in favour of allowing a free vote in the parliament before the election this year.

Liberal co-sponsor of the Marriage Equality bill in 2015 Warren Entsch is right behind the PM’s attendance at the Mardi Gras.

“I wouldn’t be discouraging him to do it that’s for sure,” Entsch explained to Seven News.

Opposition Leader Bill Shorten was also encouraging Mr Turnbull to attend stating, “If I was Prime Minister I would be delighted to go and I’d take my family too.”

All of this is making for an interesting start to the year for LGBT rights in Australia with Entsch suggesting that if a plebiscite is the final decision of the PM for marriage equality then he should name the date of when it will be held following the election.

Entsch said in the report that it should be held within the first 100 days of the election.

The PM’s office was contacted about his attendance at this year’s Mardi Gras and they responded saying he was yet to consider the March 5th invitation.

He has though provided a welcome letter for the Official Mardi Gras programme something that a sitting Liberal PM has never done before.

Maybe his attendance at the parade will create a moment of history in 2016.