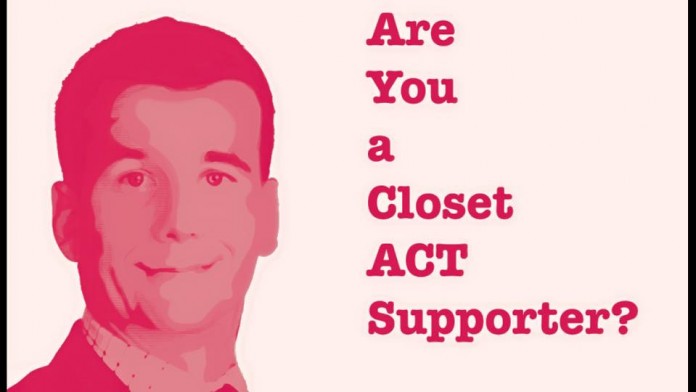 Are You A Closet ACT Supporter?

David Seymour will be attending the 2015 Big Gay Out in Auckland this weekend according to his official Facebook page David Seymour. The Post asks “are you a closet ACT Supporter?” and has already received a large amount of both positive and negative feedback including “Looking pretty in pink David!” and “Supporting the gay agenda. . U just lost my vote..”

According to the New Zealand Electoral Commissions “Official Count Results” The ACT Party received 0.69% of the vote in the 2014 General Election. With the ACT Party currently holding 1 seat in Parliament, thanks to it miraculously winning the electorate vote in Epsom…. Is this a sign of desperation as the Party struggles to find support? or a much needed change of direction for the party?

Either way, all are welcome at the annual Big Gay Out. Looking forward to seeing you their David.