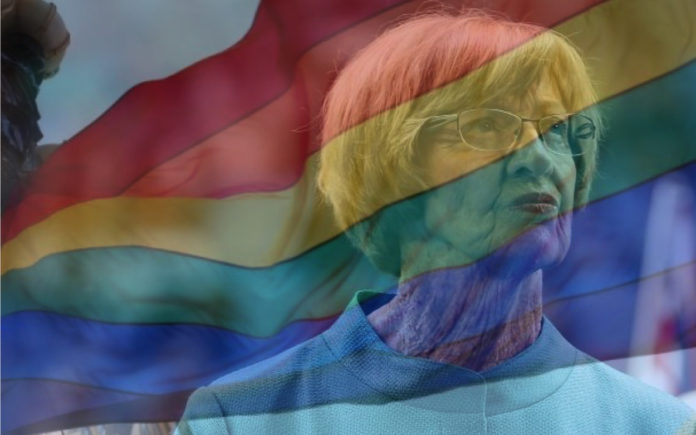 Court who has lost her attempted re-election for the position of vice-patron of her local tennis club in Perth believes her removal from the position is an attempt to silence her on the issue of same-sex marriage and the move was “politically motivated.”

The 75-year-old who believes that LGBTI people want marriage “because they want to destroy it,” said that “You don’t have the freedom of speech today to really defend yourself,” when speaking to the West Australian on her re-election loss.

“It’s a sad day for our nation when it comes to that,” Court added.

Tennis club president Ian Hutton agrees that Court’s views on same-sex marriage have made an effect on how her re-election attempt has played out, however also adds that her lack of availability for club events, while campaigning against marriage equality arguably played a more significant role.

Court who is a staunch Christian and has a long history of vocal criticism of LGBT rights says that allowing same-sex marriage is a slippery slope to other things: “It’s not about marriage. It will affect Christian schools, it will affect freedom of speech.”