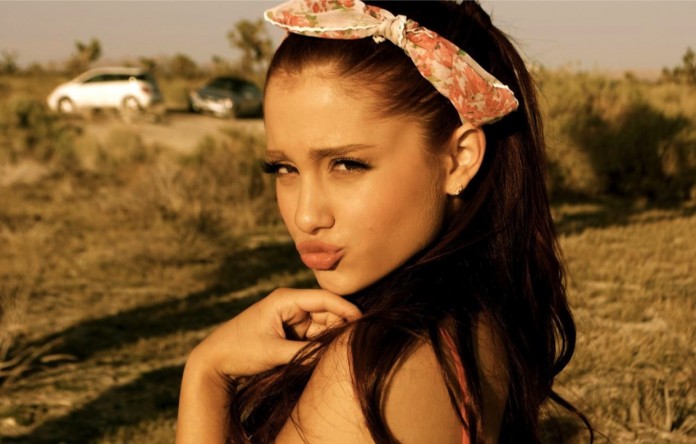 Former Nickelodeon star, Ariana Grande has shown her passion and support of the LGBTI community and gay rights in a recent interview with TV producer Ryan Murphy for V Magazine.

The 22 year old singer/actress who has previously admitted rejecting Catholicism because the church didn’t accept her gay brother Frankie, admits to her Scream Queens boss that when she comes into contact with homophobes, she turns into a “raging lunatic”.

“I mean, here’s the thing, I wasn’t raised in a household where it was considered abnormal to be gay. So for me to meet people who use the word “faggot” as an insult, with a derogatory meaning, I can’t take it. I don’t understand it. It’s so foreign to me,” the Break Free singer replied when asked by Murphy about her support of the LGBTI community.

“I was raised in a household where being gay was like, the most normal thing.

“You know, my brother is gay, all of my best friends are gay. When my brother came out of the closet, it wasn’t a big deal for my family.”

“It’s outrageous to me when I see people hate on someone because of their sexuality. I hate the intolerance. I hate the judgment. I hate it so much.”

Grande added that most of her favourite people in life are gay.

“It’s something I’m super passionate about, because whenever I would see my friends get bullied, or my brother get hurt for his sexuality, I would become a raging lunatic.

“I would literally become a raging lunatic because I just can’t take it.

“When you see someone you love hurting, for such a superficial, bullshit reason, it’s like, how small and spiritually unenlightened and dumb as fuck can a person be?

“How much further can your head get up your ass that you’re actually judging someone as a person based on their sexuality before you even have a conversation with them?”

Ariana Grande is among the growing list of celebrities who have shown their support of LGBTI rights recently including: Josh Hutcherson, who won GLAAD’s esteemed vanguard award in 2012, Daniel Radcliffe, Pink, Drew Barrymore, Justin Timberlake, Jessica Biel, Beyoncé and Jay Z to name a few.

The video below is of Ariana Grande answering a question on “What advice do you have for gay people being bullied?”