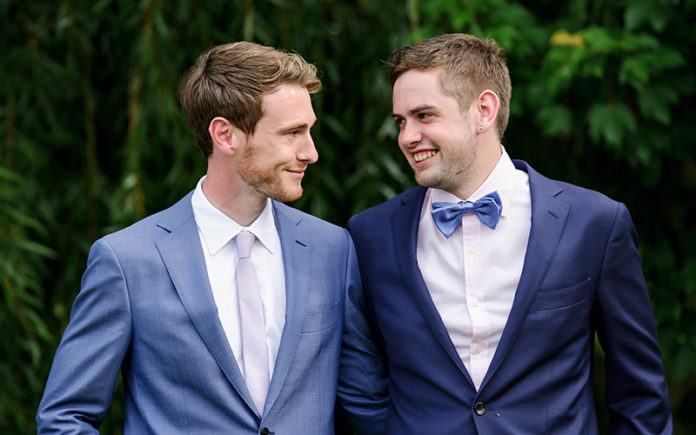 A couple that had their very first date and first kiss under the Sydney Harbour Bridge will now get married right next to the bridge as the winners of Australia’s First Legal Gay Wedding Competition.

Michael Petchell and Benjamin Gresham were announced as the winners of the competition today and will now be married on 11 January 2018, just over a month from the marriage law changing to include same-sex couples.

Michael 28, and Ben 29, win a wedding with all the trimmings worth almost $40,000 including a ceremony at historic Pier One Sydney, near where they had their first kiss and at Zest Waterfront Venues, The Spit, where they first made a commitment to each other.

“It actually ended up being perfect for us,” an elated Michael explained to Eikon.

“Our very first date, our very first kiss was at the harbour bridge which is where the ceremony is and then our very first moment of being official and actually committing to each other as far as a relationship was actually at Zest.”

“It was completely ironic these locations that we are going to in our actual wedding.”

The competition was put together 20 different wedding suppliers from across Sydney with the support of Eikon, Gay Sydney Australia and Mr Gay Pride Australia.

“I remember when Michael was filling out the application and we were talking about it, we just honestly didn’t think we had any chance of winning and it’s just incredible but such an opportunity as well,” explained Ben.

“I remember when we first saw the competition we were just like wow this is amazing, there’s so much in this, it’s so generous and this would only be a dream and it really is, it’s a wedding we could have only dreamed of and now it’s going to become a reality.”

The happy couple had already started plans for their wedding after being engaged a few months ago and planned to save in 2018. Today they had actually booked in to visit some venues for a possible wedding.

“Today we were actually going to look at wedding venues,” said Michael.

“We had things booked on Wednesday, we were just starting the process today and now we have found out we have won, we’ve cancelled those.”

“We were thinking of somewhere a bit more lowkey, near our home where we live, but nothing certainly nothing on the scale of what we are now going to have.,” Ben said.

In the couples winning submission for the competition, they spoke of their engagement which included Ben surprising Ben with a trip to Disneyland in Hong Kong to propose.
Ben had already been planning his own proposal with a 365-day video piece which ended with the words “Will you Marry Me?”.

In the end, they both said yes and are now are heading toward being the first gay couples to be legally married in Australia.

With much of their wedding already take care of, Michael and Ben just have to do some final preparations such as getting some suits and telling family and friends.

“We need to organise the suits, how are we going to look? And tell family members and telling the bridal party of what they are about to step into,” said Michael.

“Our whole year of next year was to save up for this wedding, Ben is doing his masters and I’m at uni and just with casual work,” said Ben.

“We are still coming to terms with the fact that marriage equality is a reality, it’s incredible, let alone now having to plan this wedding in a month, it’s just unreal, its like we are in this crazy dream.”