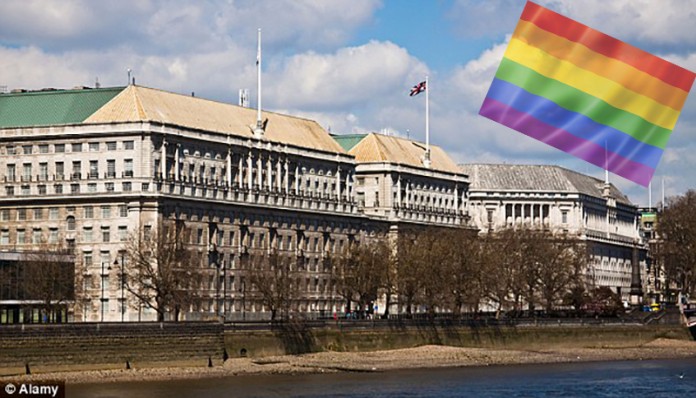 British Spy service MI5 has been named as the best employer for LGBT people in a UK nationwide workplace equality index, followed by Lloyds Banking Group and the National Assembly for Wales.

The Top 100 Employers list by equality charity Stonewall ranks organisations in Britain based on answers from employees about culture, diversity and inclusion in the workplace.

Stonewall boss Ruth Hunt said: ”We’re thrilled to see such a commitment to lesbian, gay, bi and trans colleagues, but we also know that there is still lots to do.”

According to the survey, only 27 percent of lesbian, gay and bisexual people felt comfortable disclosing their sexual orientation to colleagues and customers.

Less than half of transgender people said they saw a visible commitment to trans equality at work from senior leaders.

More than 50 percent of respondents said there were gay role models at work, but only 11 percent saw bisexual role models.

Ms Hunt added: ”We know that people perform better when they can be themselves, and it’s been proven that diversity among staff leads to a more productive, positive and creative workplace environment.”

MI5 director General Andrew Parker said diversity was vital for the organisation as it allowed the intelligence agency to use the skills of the best people.

He said: ”Diversity is vital for MI5, not just because it’s right that we represent the communities we serve, but because we rely on the skills of the most talented people whoever they are, and wherever they may be.”

More than 60,000 employees from over 400 organisations took part in the 12th annual survey which serves as a tool for employers to evaluate their progress on LGBT equality.