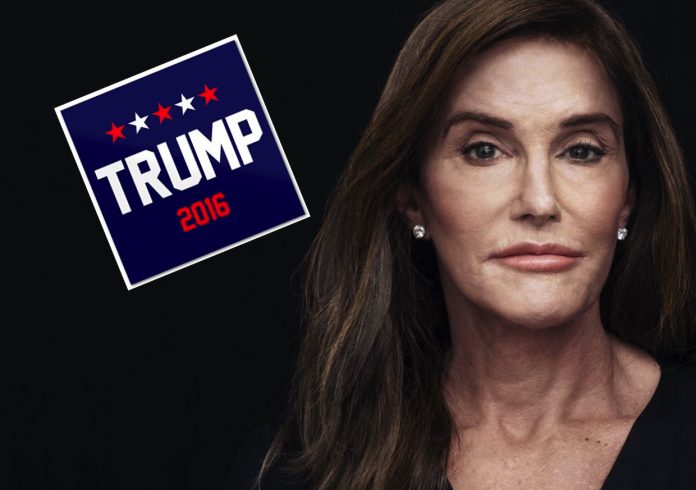 Jenner’s comments of praise for Trump were made during an interview with People magazine where she stated that “Trump seems to be very much for women,” and “very much behind the LGBT community.”

With the anti-LGBTI legislation HB2 which forces transgender people in the state to use bathrooms that do not correspond with their gender identity, being introduced, debated, and passed within hours, during an emergency session of the state’s legislature, Trump stated that the bill had “a lot of problems.”

However following backlash from fellow Republicans Trump later backtracked describing calls to provide unisex bathroom facilities as “unbelievably expensive for businesses,” and further adding that bathroom access should be up to individual states’ “The federal government should not be involved … I feel very strongly about that.”

Despite Jenner’s support for Trump, she admits that “In Trump’s case, there’s a lot more unknowns,” elaborating, “with Hillary, you pretty much know what you’re gonna get with the LGBT community.”

The 66-year-old further stated that Democrats have traditionally been stronger allies to the LGBT community, including President Barack Obama.

Due to the gold medal winning olympian’s support of Republican politicians, Jenner has been subject to a considerable amount of criticism, particularly from the LGBTI community.

During an episode of I am Cait, Jenner’s E! reality show, she described presumptive Democratic nominee Hillary Clinton as a “fucking liar,” stressing that she would “never, ever, ever vote for Hillary.”