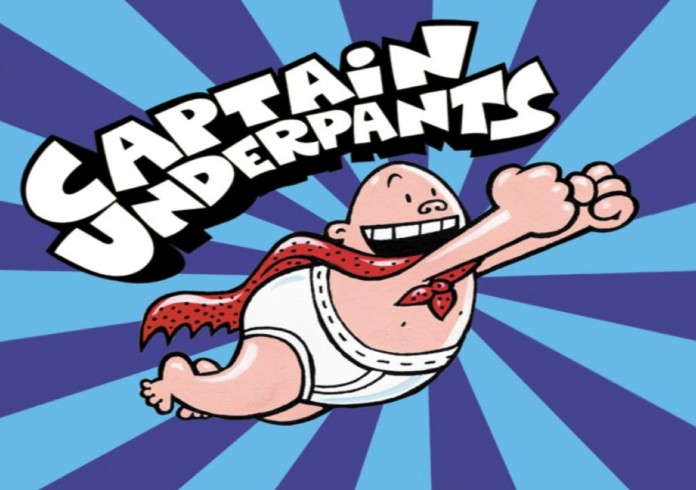 Arborwood Elementary School in Michigan, have decided to remove the latest instalment of the popular children’s series, Captain Underpants from the shelves of its annual book fair after it was revealed that one of the main characters is gay.

Monroe Public Schools superintendent Barry Martin believes that by removing the “controversial” book from the book fair and only making it available online means that students will be unable to purchase the book without their parents consent.

“Scholastic notified us and the school that there was a book that may be a little controversial,” Mr Martin said.

“Most of the kids come in and they buy books and the parents aren’t part of the selection. In this case, we felt it was necessary that if this book was going to be purchased, the parent needed to be involved in that.” Martin explained to local news station WXYZ.

The passage of “controversy” arises when Harold visits the future and finds he has a husband: “Soon, everyone had gathered together in Old George’s studio: Old George, his wife, and their kids, Meena and Nik, sat on the couch, while Old Harold, his husband, and their twins, Owen and Kei, plopped down in the giant beanbag chair.”

Author Pilkey explains, “When it comes to books, we may not all agree on what makes for a good read, but I hope we can agree that letting children choose their own books is crucial to helping them learn to love reading.”

Arborwood Elementary School, who according to their website believe in embracing diversity, have confirmed that they will continue to stock all other books in the Captain Underpants series.