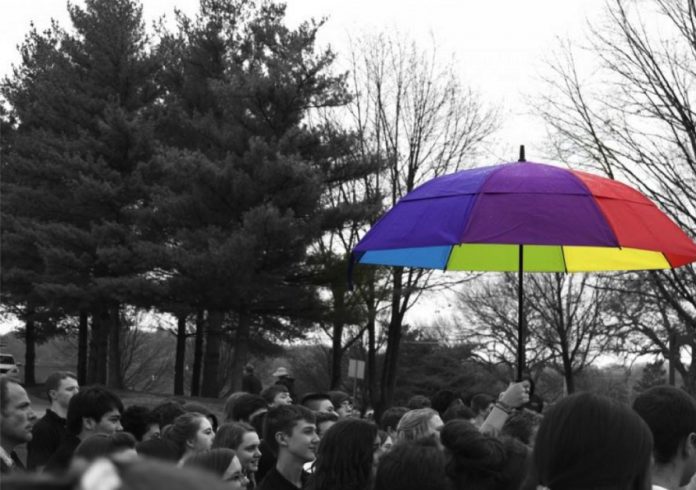 Dowling Catholic High School student, Liam Jameson, has been advised that he will be unable to publicly receive his scholarship with the other students at a special assembly held at his Iowa school.

Jameson, who is the recipient of a four-year $40,000 scholarship prize by the Eychaner Foundation, once dreaded going to school, contemplated taking his own life, before turning his life around becoming a leader at his High School and founding a gay-straight alliance.

The Eychaner Foundation which awards scholarships to LGBTI youth leaders, selected Jameson for its Matthew Shepard Scholarship and have since have launched a Change.org petition hoping to get the school located in West Des Moines, Iowa to change its mind, after being informed that they cannot present the scholarship publicly like in previous years under a different principal.

“I’ve worked hard to prevent suicides, and having this scholarship presented allows other students to learn that LGBTQ students are valued in society, not shunned,” explains Jameson in a letter to his school.

“That’s why the Committee presents the scholarships at Senior Awards Programs, to try and help save other young lives who feel isolated and worthless like I once did.”

With the assembly when other student leaders at the school will be presented with scholarships at a special assembly scheduled for Thursday 5th of May 2016 The Eychaner Foundation is urging people not to “turn a cold shoulder to Liam and other Dowling students who need to know they are valued and cared for.”