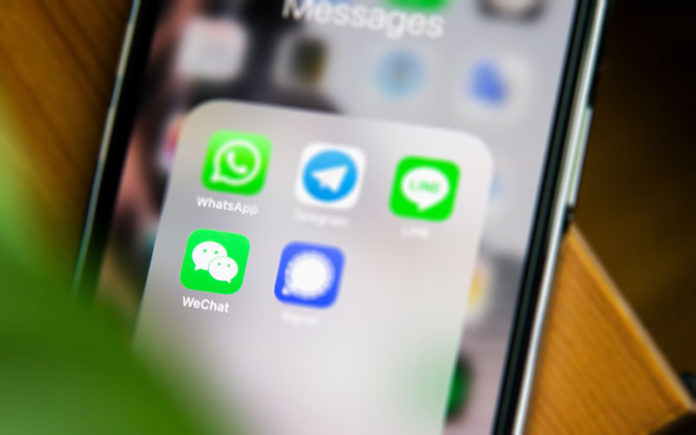 Dozens of LGBT university students in China have had their WeChat accounts deleted suggesting the account had received complaints about the social media content.

Fears that safe spaces for China’s sexual and gender minorities are going to shrink even further have been realised as the accounts were run by students across universities in China, including prestigious institutions such as Peking University and Tsinghua University in Beijing, and Fudan University in Shanghai.

Attempts by media agencies to access some accounts were met with a notice from WeChat saying the groups “had violated regulations on the management of accounts offering public information service on the Chinese internet.”

Other accounts did not show up in search results.

Owned by Chinese tech giant Tencent, WeChat is the most popular social media in China and as yet has not responded to media requests for comments over the mass culling.

Some of the deleted LGBT groups were registered as student clubs at their universities, while others operated unofficially.

Most of them had existed for years, offering students a sense of community and much-needed support, with posts ranging from LGBT-themed book and movie recommendations to resources for psychological assistance.

Cathy, a manager of one of the deleted LGBT groups of a university in Beijing, explained to CNN that her account had thousands of followers. Cathy — who requested to use a pseudonym fearing retribution from authorities — has seen discussions on sexuality become more guarded at her university over the last few years.

In the past, her group could openly advocate for LGBT rights on campus and hold small seminars for sexual minorities to share their stories. Now, their offline activities are limited to private gatherings, such as sharing a meal or watching a movie together, she said.

“In recent years, our goal is to simply survive, to continue to be able to serve LGBT students and provide them with warmth. We basically don’t engage in any radical advocating anymore,” added Cathy.

Last month, soccer star Li Ying officially came out as a lesbian in a post on Weibo, becoming the first high-profile Chinese athlete to do so. Li, who plays for the national football team, later deleted the post, which drew wide support but also a wave of homophobic attacks.

The blocking of WeChat accounts triggered an outrage on Chinese social media.

“The era is regressing. China wasn’t like this 10 years ago. Gradually we’re losing all our freedoms,” said a comment on Weibo.
But the move has been welcomed by online nationalists, some of whom claimed, without evidence, that these LGBT groups have been infiltrated by “foreign forces.”

“I support the blocking of the accounts…why should we keep these public accounts run by anti-China forces in our higher education institutions? Are we waiting for them to brain wash university students who have yet to form their values?” said one comment on Weibo.