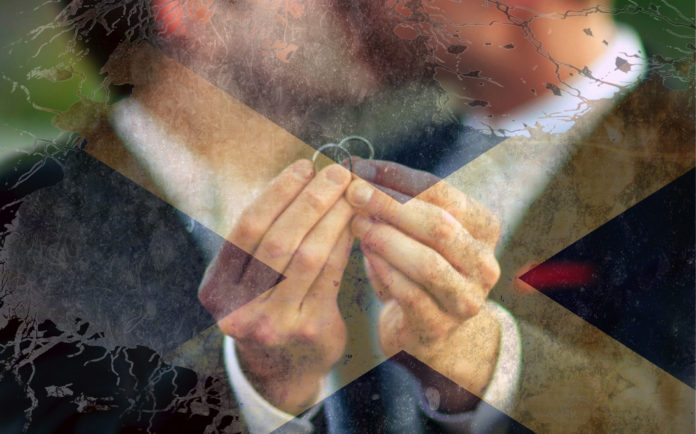 The Church of Scotland may be about to take a massive progressive step forwards, as the church looks to amend its stance on same-sex marriage.

Despite same-sex marriage being legal in Scotland since 2014, churches have been left to their own devices, on whether they choose to perform same-sex unions.

According to reports, May 25th could see the Church’s General Assembly, which will be meeting in Edinburgh, discussing options around how the Church of Scotland can make progress with the LGBTI community and potentially start participating in same-sex unions.

Meeting moderator Reverend Dr Derek Browning says, “the theological forum will be bringing a report to the General Assembly, and this year what they’re asking to do is for the assembly, first of all, to consider making an apology to the gay community for things that have have been said in the past and the assembly will have to make up its mind on that.”

“But also it’s going to be asking our legal questions committee to see what the issues are around about allowing ministers to perform same-sex marriage if they choose to do so, and equally for safeguards for those who, for conscience sake, feel that this is not something they can do,” the Reverand added.

With the appointment of Reverend Scott Rennie, the Church’s first openly gay minister eight years ago causing a divide in the church between followers who are open and accepting of the LGBTI community and the traditionalists who are not, Reverand Rennie says, “Loving marriages, whether they are gay or straight, can make for a good and happy life.”

Despite having to marry his partner in a registry office instead of his place of worship, Rennie explains, “I look forward to the day when I am able to conduct weddings for all couples, gay or straight, in the name of God.”