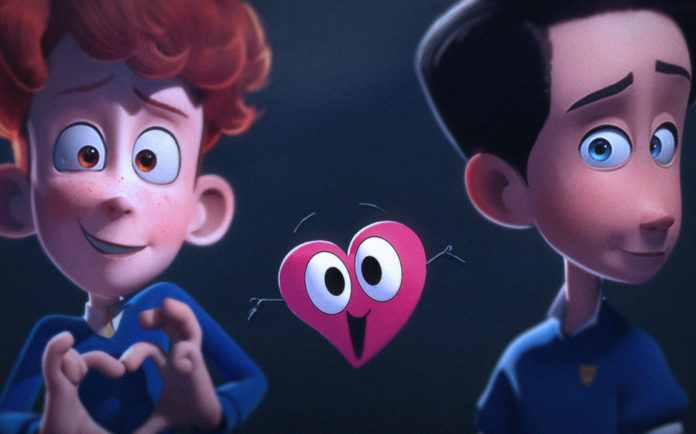 An adorable animated short film about a closeted gay boy and his middle school crush has received overwhelming support on Kickstarter.com

The fully animated short film created by two senior computer animation majors at Ringling College of Art and Design features a closeted boy who runs the risk of being outed by his own heart after it pops out of his chest to chase down the boy of his dreams.

Titled In a Heartbeat, the film’s creators have described the creation as “not only a culmination of our four years of education and hard work at the college” but also “a film that deals with a real and personal topic in a very sweet and lighthearted way.”

Initially aiming to raise $3,000 to fund the project, over 400 pledgers have since contributed over $14,000 towards the short film, highlighting the public’s love for the work.

Writing on their Kickstarter page, creators Beth and Esteban say, “we are so grateful for any contribution you can make, be it a donation or simply sharing the project and spreading the word!”

The pair added, “This project is very dear to our hearts, and we can’t wait to share it with you!”

Watch the official trailer for the short film below: