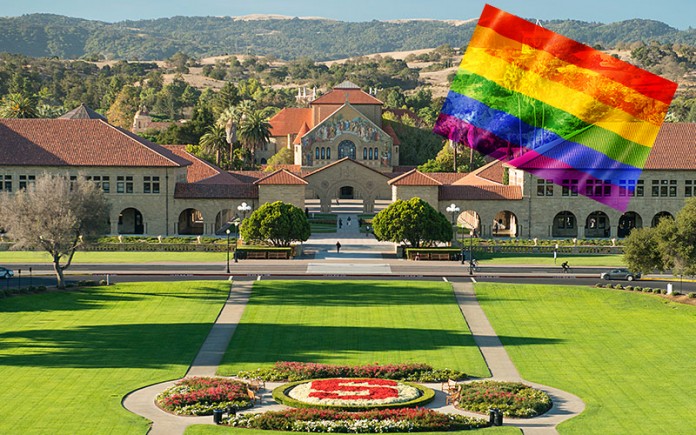 Eikon has reported in the past about a number of workplace programs that help LGBT staff develop such as the Out for Australia mentoring group and the Rainbow Tick organisation in New Zealand.

One of America’s leading institutions has now developed a leadership program that will assist LGBT candidates with training that will help them move into highly sought after executive roles which in the past have been tough to achieve.

The Wall Street Journal reports that the first of its kind LGBT Executive Leadership Program will begin at Stanford University’s Graduate School in late July.

Despite the progress that’s been made regarding marriage equality, the workplace isn’t always encouraging to LGBT employees.

In the US Gay and lesbian employees can still be fired for their sexuality in 29 states. Those who are transgender aren’t protected in 32 states.

The Employment Non-Discrimination Act has languished in Congress for more than 20 years, most recently when House Speaker John Boehner (R-Ohio) stalled it because he felt it would be “the basis for frivolous lawsuits.”

That may be part of the reason LGBT professionals haven’t historically risen to leadership positions in the same numbers as heterosexuals.

Apple CEO Tim Cook is one of the very few openly gay C-Suite executives, and he did not publicly disclose his sexual orientation until 2014 after he’d been promoted to the top spot.

Martine Rothblatt, founder of United Therapeutics and previously a founder of Sirius radio, is transgender, and her identity was only revealed when she made headlines when she was found to be among the highest paid female CEOs in America.

And in Australia, head of QANTAS Alan Joyce has never made a secret of his sexuality but it hasn’t been something he has openly spoken about in his rise to the top job.

Some companies that are investing in creating more diverse workforces have even formed a global coalition to ensure the inclusion of LGBT employees.

Having the chance to network with other LGBT professionals in a program like Stanford’s can be a boon to career success according to Joel Simkhai, CEO of Grindr, who told the Wall Street Journal that when he was coming out 20 years ago, “there weren’t any openly gay business executives as role models.”

The faculty says that individuals can apply, or a company can nominate a candidate who has, at least, a decade of professional experience and five years of management experience.