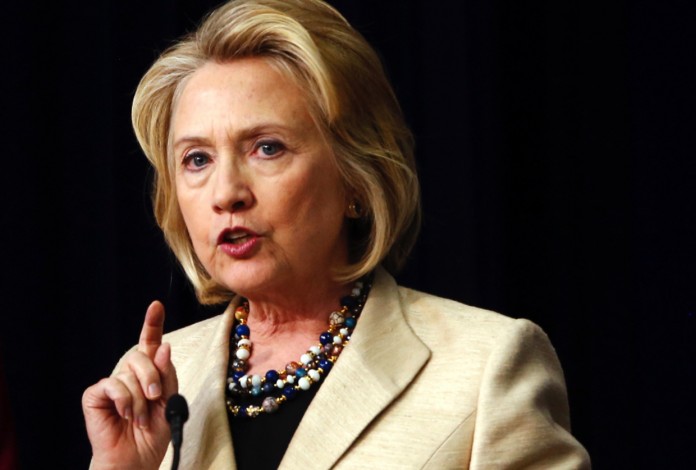 Democratic Party presidential candidate, Hillary Clinton has said she will “stand for the fundamental rights of LGBT Americans and all Americans” when speaking to over 800 guests at the Human Rights Campaign’s conference for volunteer leaders.

“I am running for president to stand for the fundamental rights of LGBT Americans and all Americans, That’s a promise from one HRC to another.”

The Human Rights Campaign is the largest gay rights organisation in the United States with over than 1.5 million members and supporters nationwide and is working to achieve equality for lesbian, gay, bisexual and transgender Americans.

According to the New York Times, Clinton said she sees injustices and dangers that LGBTI people and their families still face.

“I am running for president to end them once and for all,” Clinton said.

Clinton applauded the end of the United States military policy that prohibited troops to serve openly as gay.

“Don’t ask, don’t tell’ is over, but that doesn’t change the fact that more than 14,000 men and women were forced out of the military for being gay.”