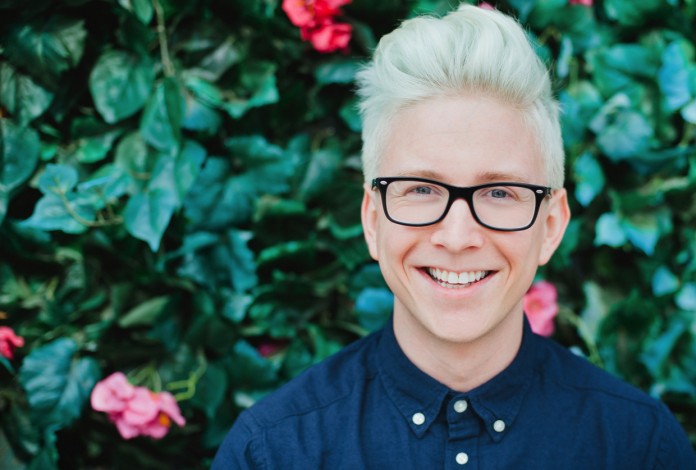 YouTube personality, Tyler Oakley is heading to the big screen, graduating from YouTube with his new documentary, Snervous, hitting cinemas December this year.

Produced by Awesomeness Films and directed by Amy Rice, the film is centred around the life and career of 26 year old Oakley, through his sold out Slumber Party tour across the United States, United Kingdom, Ireland and Australia.

Oakley who uploaded his first YouTube video in 2007 when he was in college said he feels so lucky to partner with Awesomeness to bring his story to the big screen.

“I started out making videos as a way to connect and am thrilled by the opportunity to share one of the most exhilarating years of my life,” said Oakley.

The much loved YouTuber has since posted over 350 videos online, gaining over 490 million views, 7 million subscribers, and 21 millions followers throughout his social media platforms.

In conjunction with authoring his own book Binge, Oakley has also raised over $1 million dollars for The Trevor Project which provides crisis intervention and suicide prevention services to lesbian, gay, bisexual, transgender and questioning (LGBTQ) youth.

President of Awesomeness Films, Matt Kaplan said Tyler Oakley brings an incredible and inspiring message to his global fan base.

“We are excited to share an unfiltered and behind-the-scenes look into his world,” Kaplan said.