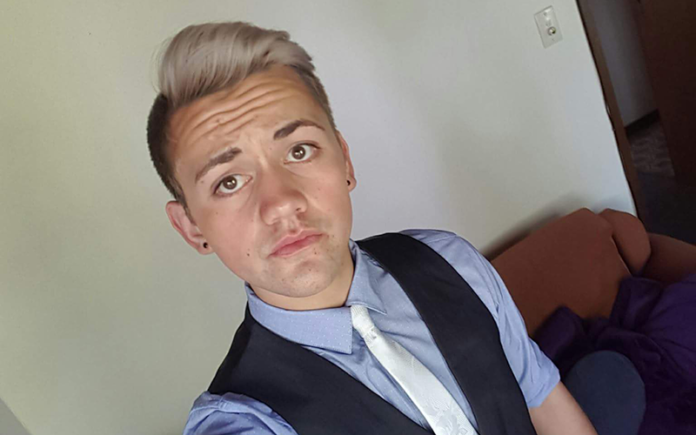 Today, it is becoming more and more common for people to speak freely about themselves in terms of their sexuality and gender.

Although not every single person is as open-minded as we all would like them to be, the majority of people have, without a doubt, become more accepting of all those in the LGBT community.

Growing up in a large family with 4 brothers, not to mention going to an all-boys boarding school, I found it hard to come to grips with who I really was.

Being surrounded by such a large male dominated influence where masculinity is paraded and anything other than that is frowned upon, I was forced to hide behind a façade and ‘adapt’ to my surroundings, allowing me to sneak through life ‘unnoticed’ and unscathed.

At the age of 15, I took a leap of faith, finally turning towards counselling.

Initially afraid and embarrassed of who I was, I allowed myself to confide in my counsellor, who taught me to love and accept myself for who I am.

I believe that the youth these days should be encouraged more to seek guidance, either through LGBT or Rainbow Youth helplines to get that one on one with someone, giving them the choice and opportunity to talk about their problems: it isn’t an easy journey and it’s even harder when you are doing it on your own.

These helplines should be more frequently advertised to the youth, as growing up I had no idea that they existed until it was recommended to me by my counsellor.

After the help of many counselling sessions, I finally took another leap of faith where I grew the courage to tell my mother.

Being a real mummy’s boy I feared that she, among many others, would not approve of who I was.

Being a strong-minded woman, it was not an easy period for her, nor I.

To try and help her I sought out some books for both her and me to read about, allowing us to both find some form of comfort.

Just like many other concerned parents, she was afraid that I would not be accepted by the rest of my family and my peers, constantly worrying about the safety of her ‘baby’.

From that point on her fears began to subside as I courageously continued to take leaps of faith as I began to come out to the rest of my family and friends.

My whole life I was so afraid to be who I was out of fear of not being accepted by everyone that I went to great measures, such as being someone I wasn’t, just so that others would accept me.

When in fact, it was me that didn’t accept myself.

My mission and challenge for the next Mr. Gay Nz, whoever it is, should be to become a role-model for the youth of the LGBT community.

Give the future generations hope and guidance. Hope, so that they can freely express themselves in whichever way they see fit, without fear of being shunned or frowned upon, and guidance for those who struggle to accept themselves for who they are.

Because, everyone, no matter where they come from, ultimately just wants to feel accepted.

For more on Caleb and the other finalists of Mr. Gay New Zealand visit the website www.mrgaynewzealand.com