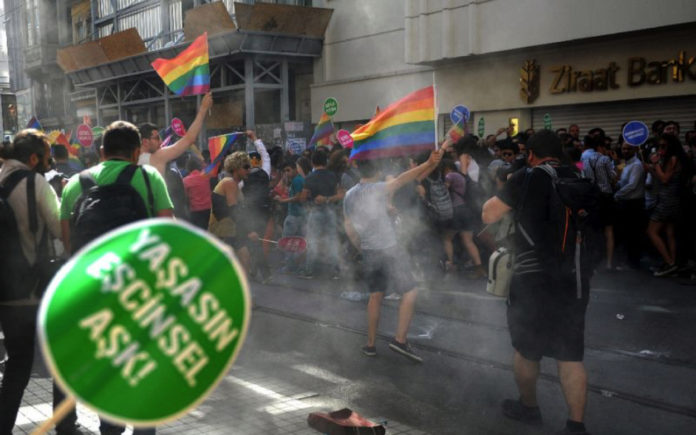 Organisers of the Istanbul Pride Festival have officially announced the celebrations’ cancellation for the second year in a row, following repeated threats from an anti-LGBTI group.

Sighting “safety concerns” as the reasoning behind the Turkish capital’s Pride Festivals cancellation, the city’s Governor, Vasip Şahin said that there have been “very serious reactions” against this cities call to host the festival, by “different segments of society, on social media platforms.”

Scheduled to be held on Sunday the 25th of June 2017, Governor Şahin who helped decide to cancel the event adds “According to the conclusion of our governorship’s evaluation, the march that is being organised will not be allowed for the safety of our citizens.”

It is believed that Ultra-nationalist Nazi youth group, Alperen Hearths, is behind the threats that lead to the event’s cancellation, with the group’s leader Kürşat Mican saying “If the state allows it, we will not. We will not allow them to walk.”

Speaking on KRT TV Mican adds, “Wherever they march, we’ll also go. We will close down that street and they will not be able to go there. If we want, our numbers can reach 200,000.”

“This is part of a project by capitalist, communist and imperialist powers. By popularising homosexuality, they want to destroy the unity of family, stop reproduction, end relations between wives and husbands, and prevent children born in such relations from growing up to be propitious to their land and country.”

This year’s cancellation becomes the second year in a row that hardline groups have halted pride celebrations in the Turkish Capital, with the 2016 celebration being ground to a halt following the same extream-right group stating they would do “what was necessary,” and threatening to “intervene” to prevent Istanbul Pride from happening.