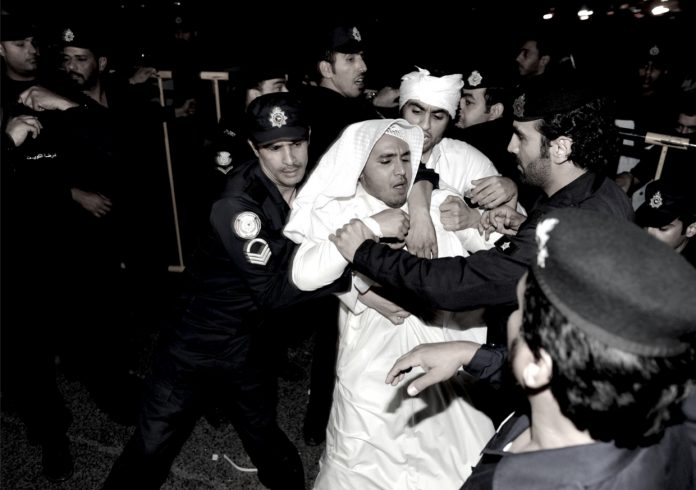 Police have reportedly arrested more than 40 “gay men and trans women” during an undercover operation in a massage parlour in Kuwait.

The police operation which involved an undercover police officer paying for a “massage” before negotiating for sexual services was responsible for the arrest of approximately 41 people.

According to Al Rai, Mohammad Al Dhufairi who the head of the joint committee, says “During the raid, we found sexual toys and substances, women’s underwear and makeup kits in some parlors.”

“We are serious about the full application of the law and we will continue our zero-tolerance policy towards abusers and violators.”

Despite prostitution also being illegal but very common in Kuwait, homosexuality is often targeted under breaking the law of “debauchery,” which effectively makes homosexuality illegal and is punishable by prison time of up to six years.

In 2015 police in Kuwait launched a crackdown on what they branded as “cross-dressers,” Prostitution is also illegal but is very common.