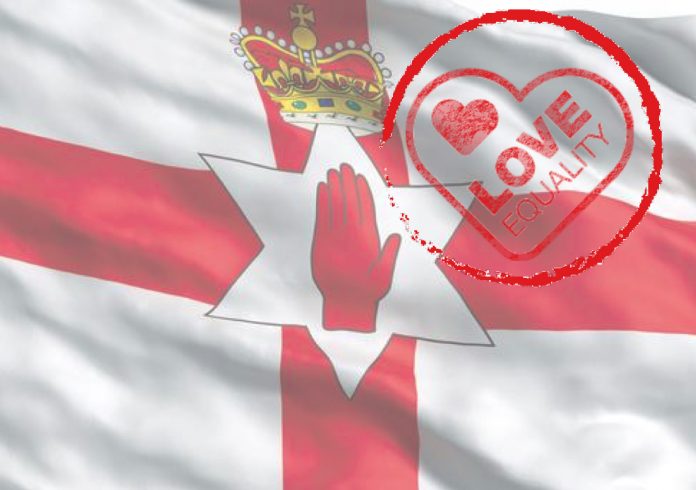 A new campaign titled Love Equality has been launched in Northern Ireland which remains the only part of the United Kingdom where same-sex marriage has not been legalised.

The new political campaign which has the sole objective of ensuring equal marriage rights for same-sex couples in Northern Ireland has been jointly organised by Northern Ireland’s largest LGBTI organisations, the trade union, student union movements, and Amnesty International.

With the organisation behind the campaign saying they will not stop until equal marriage rights are part of Northern Ireland law, John O’Doherty, one of the leaders of the Love Equality campaign, says “Ever since the Yes vote in the Republic of Ireland, marriage equality has become a big political issue for many voters. Straight and gay, in Northern Ireland.”

According to O’Doherty, one of the biggest political demonstrations Northern Ireland has seen occurred last summer when twenty thousand people marched through Belfast demanding marriage equality.

“Those people haven’t gone away, on May 5 they will be looking for candidates who promise to deliver equality for everyone.”

You can support the Love Equality Campaign by visiting the campaign website loveequalityni.org

The website has an “email your candidate” tool, which enables supporters the ability to lobby their MLA (Local Representative) hopefuls in every constituency prior to the Assembly election held on May 5, 2016.