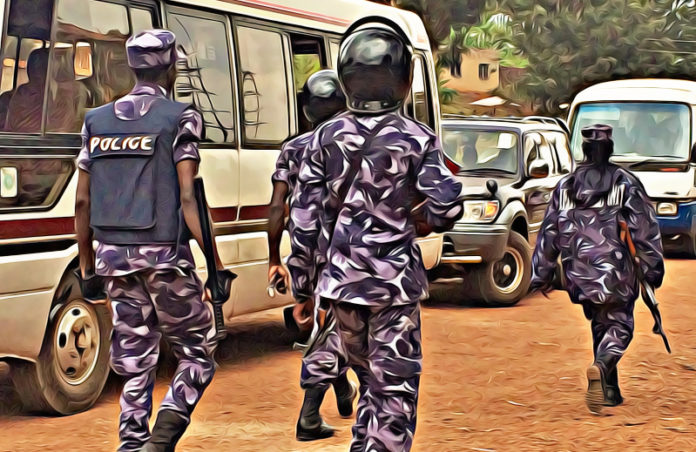 Dozens of transgender activists have been arrested by local police after taking part in a training workshop in Uganda.

According to local media reports, 33 participants of mainly Rwandan descent were arrested along with a few individuals who are Congolese and Ugandans.

The activists who were taking part in a workshop at Sangalo Beach in Busia District, in the east of Uganda, had their workshop cut short, following authorities being tipped by transphobic officials from the Uganda Revenue Authority (URA) who were disturbed by the participants’ behaviour during a lunch break.

“The boys started behaving like women. They were all over each other caressing fellow men,” an official was quoted as saying.

Patrick Lule, who is an officer at the Busia police station, arrested the group on charges of illegal assembly and said that the suspects “admitted being gay” and were attending a transgender workshop.

“That some men wanted to be women. They also told us that they are registered NGO operating from Kireka in Kampala,” the officer added.

It has since been reported by the Human Rights Awareness and Promotion Forum (HRAPF), that all 33 individuals have since been released following intervention by the organisation.

“Our legal team has successfully negotiated the release of 33 transgender persons, who were charged with unlawful assembly before a Grade One Magistrate; after they were arrested yesterday in Busia district, during a training on the SDGs [Sustainable Development Goals],” tweeted the NGO.

The organisation added that “We decry the abuse of freedoms of LGBTI persons in Uganda and implore state agencies to respect them.”