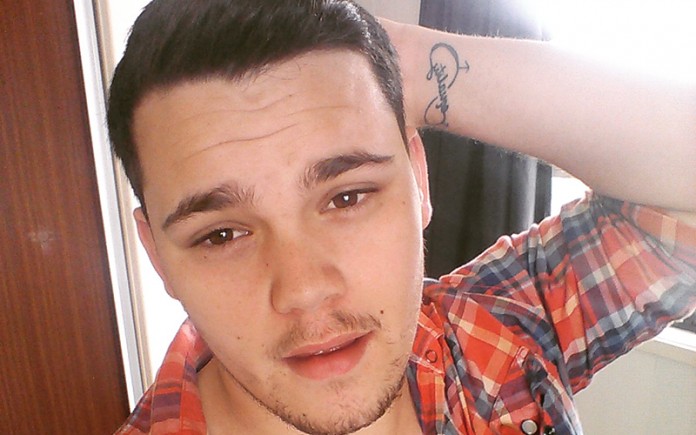 As a 16-year-old who had just come out to his family, Jacob Angus decided that as soon as he turned 18 he would apply to be Mr Gay New Zealand.

Fast forward two years and this boy has achieved the first stage of his dream, he is a finalist and he is very excited.

“I honestly did not think I would get this far along in the competition on my first time applying but I can say this has honestly been a dream come true,” Angus explained exclusively to eikon.

“My main motivation to join the Mr Gay NZ competition was to prove to myself and my friends that if you have a dream aim for it and try your best because what is the worst that can happen?

“You don’t succeed the first time so you get back up and keep trying and learning until you achieve what you set out to accomplish.”

The self-proclaimed “mummy’s boy” was born in Auckland and after some moves settled back in Auckland for study.

Despite suffering from social anxiety, Angus believes his personality will set him apart from his fellow finalists in the Mr Gay New Zealand competition which is announced on February 14.

“I am a real people person which is quite humorous considering I suffer from Social Anxiety, but I do tend to just be able to connect easily to people and be really empathetic.”

“Along with this is my ability to be a mentor or tuakana for my friends in times of need or to help inspire others to dream big.

“My friends would describe my personality as the life of the party and someone who can put a smile on their face even when they are having a rough day.”

He is also very clear on what he thinks about the competition and the value in choosing someone to work with the community.

“I want to put emphasis on the idea that beauty is not what’s on the outside but whats inside that matters most.

“I want to encourage those people with a dream to dare themselves and challenge them to step out of their comfort zone.

“Seize the moment because life is too short.”

“I feel that I could be a positive face for New Zealand and the wide and diverse rainbow community here in New Zealand.”

The winner will head to Malta in April to compete in the Mr Gay World competition.