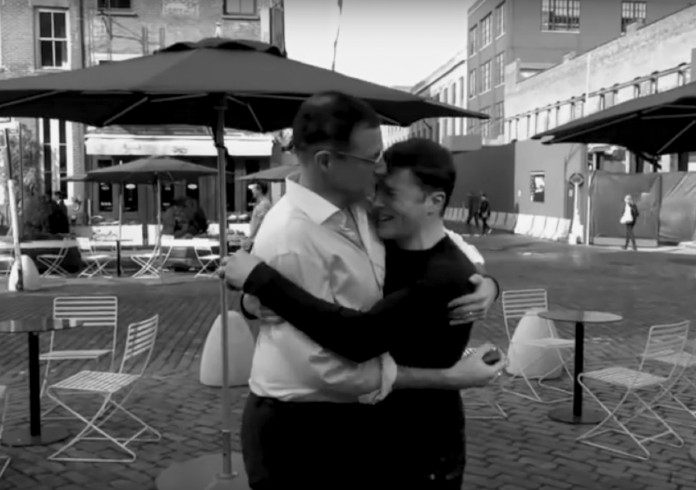 An emotional and heartwarming, Youtube video which features a couple from New York City, a flash mob, and a marriage proposal is set to go viral.

The entire recording, set-up and idea was arranged by Mark who had been working on the stunt for months and was using the Flash Mob as an opportunity to propose to his partner Yuval.

In the beginning, Yuval believed that the pair had randomly stumbled across a street dance, Flash Mob performance, before saying to mark “that’s our song!”

As more of a crowd begins to gather, Yuval remains completely unaware of what is planned to occur, until Mark joins the flash mob group.

The Flash Mob was Choreographed by Derek Mitchell, and features the songs “Marry You, by Bruno Mars, and “In This Life” by Israel Kamakawiwo’ole.