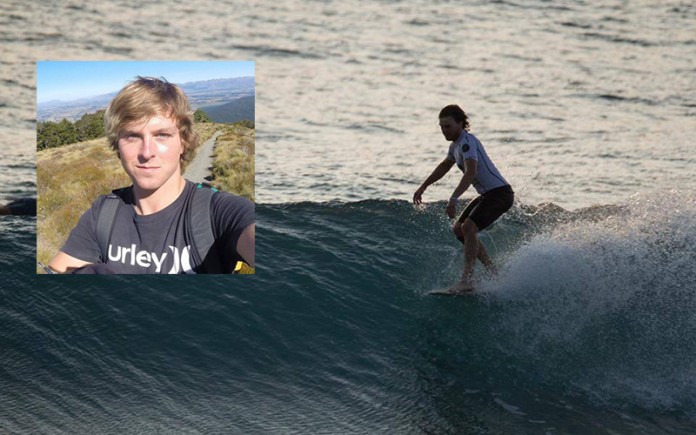 In the masculine world of Pro Surfing, there has never been an openly gay member of the Surfing World Tour…until now!

Craig Butler is a young surfer from Ireland that is desperate to make the World Surfing League and if he does he will become the first openly gay surfer in that competition.

Now there have always been rumours about surfers, there was even a movie made last year about gay surfers, but it’s one of those last bastions of professional sport along with football that hasn’t yet seen someone feel it safe to come out.

Craig Butler came out during the movie named above last year and has since written a heartfelt story about why he wants to be the first openly gay surfer on the world tour.

“I’m at a place in my life right now that would have made me panic just a couple of years ago. Shit, if someone even mentioned the word ‘’gay’’ around me, I would go red in the face and start to sweat, he explained in a piece on Inertia.

“Maybe if I’d been able to see just how gay people are accepted in the surf community, I wouldn’t have grown up to be the nervous wreck that I am today.

“I know these things would have made a huge difference to me as a kid, and I believe it can make a difference to the thousands out there today facing the same inner struggles.”

Butler suggests that the presence of the LGBTQ community in surfing should be something that is acknowledged more.

“You don’t need to paint a rainbow on your board, but at least keep some negative opinions to yourself.

“As a teen, I remember coming across a thread about homosexuality in surfing online.

“I remember reading the homophobic comments on it and I remember just feeling sick and thinking to myself “wow, this is what my life is going to be like.”

Butler is currently working to qualify for the World Longboard Tour in which has nothing to do with his sexulaity. He has won seven national titles in Ireland and he is the current national title holder but wants to break into the big league and take the whole gay community with him.

“I want to be a voice for everyone in our sport that suffers in silence.

“I want people to know they don’t have to go through it alone and that there are plenty of surfers struggling with the same problems.

“I know if I’d come across this same essay when I was a grom, it would have given me comfort.

“I know having a gay role model in surfing could be a big support for a lot of people.

“So I’m here to say I want to be that role model.

“I want to be that person because I know how shitty it is to grow up as a gay surfer and think there’s no one to look up, nobody sitting in the same boat as you, nobody who went through the same turmoil.”

Butler has set up a “GoFundme” account where people can donate to assist his endeavour to make the World Championships. If you want to support him he will even write your name on his surfboard as a show of thanks.

Find out more by going to his facebook page or the funding page here.