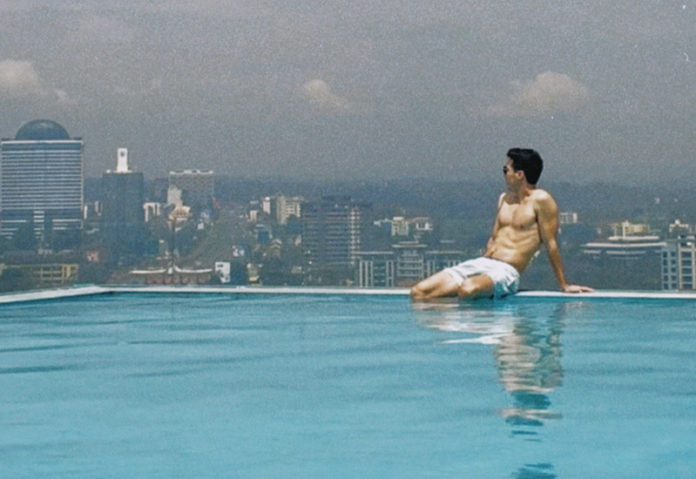 After taking too long to balance my phone against my shoe to capture a modest thirst trap and maintain engagement on social media, I slip on a grey t-shirt and stroll from the hotel pool toward an eclectic cafe in Nairobi, Kenya. On arrival, a middle-aged women in a bright red traditional dress, donning an even brighter smile, greets me.

I follow her to a table by an open window, place my order and gaze across the bustling street. Kids in neat, ironed uniforms giggle as they stroll by. Women with machetes in hand gracefully swish at the road-side grass. Rain on the pavement rises, freshening each breath. I lounge back in the chair and exhale. Suddenly, a rather aggressively honking ute, with five hardy men crammed into the tray, races past.

I connect to the free cafe Wi-Fi and flick open a dating app in the hope to find a local to ask. A safety message flashes open:
‘Based on your geographical location, it appears you’re in a place where the LGBTQ+ community may be penalized…’

I crunch forward. My mouth widens and jaw moves up and down a few times as no thoughts, let alone words form. I frantically research LGBTQ+ laws in East Africa. Same-sex sexual acts are criminal offences, punishable with life imprisonment.

Sweat beads build on my forehead. Guilt and paranoia flush my cheeks. I committed this now ‘criminal’ act a few days ago across the world in Australia. A hurricane of distressing, catastrophising images I’ve seen on the internet gush out from the black box I thought left behind. LGBTQ+ hate, arrests, bashings, blood.

My meal arrives. I scoff it down. Can everyone tell I’m gay? Alone in this now even more foreign country, I hustle back to the gated hotel and lock myself in my room. Is it safe for me to remain here? 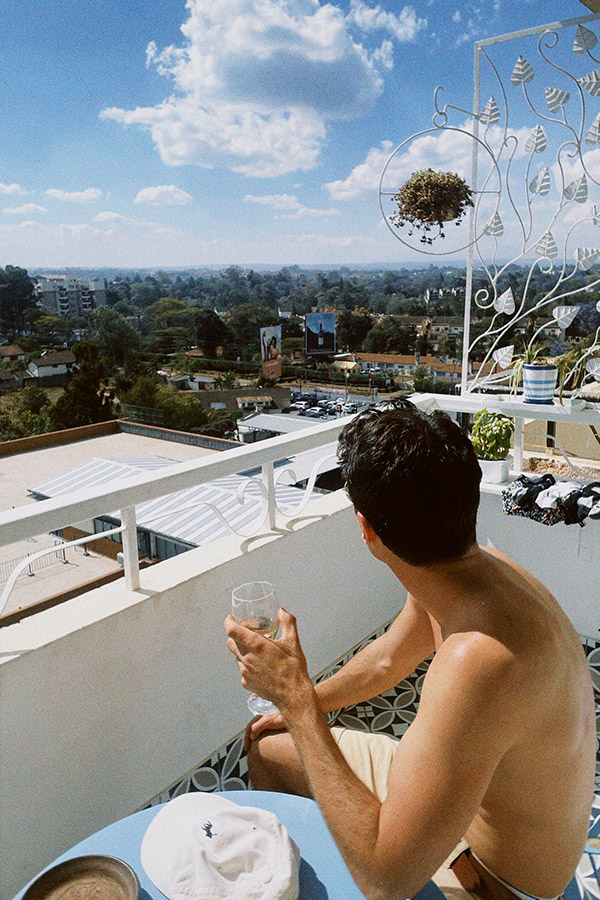 A few days pass. I haven’t opened the dating app again but I also haven’t deleted it. I’m now staying with my mate Zander. He’s Kenyan and been supportive of my sexuality journey.

“Do you feel safe being gay in Australia?” Zander asks as he leans towards me. We are sitting on his balcony, birds chirp faint in the background.

“Umm depends where I am,” I hesitate. “But mostly yeah… I mean we have come a long way, especially compared to here, but life isn’t always comfortable or without its fears.”

“Oh yeah, sorry to hear that,” Zander replies, dipping his head. He takes a swig of wine. I follow. “What sort of things happen?” he asks.

“Well…” I ponder. “As an example, a few weeks ago I was walking home holding hands with a boy I’d met earlier that night. The street was softly lit and we were laughing together, anticipating what is to come under the sheets,” I grin.

“Ay, that’s my boy!” Zander smiles, and he playfully slaps my thigh.

“But then I heard a lone car approach from behind…” I continue, opening an uncomfortable door. “And it slowed right down as it neared us.” I break eye contact and push my foot against the balcony wall. “The hair on my forearms rose and the happiness that moments before reflected in our eyes, strained. Yells and the pounding of fists on the car doors then thundered. My mouth dried and heart wasn’t where it should be. It sank, and made my feet too heavy to move…” I have a small sip of wine. “The verbal abuse that followed was bearable. I mean most of us have been called all sorts of gay slurs before, but I was most terrified about what might happen if the doors opened and the five boys climbed out… Then suddenly the engine screamed and the car sped off into the distance. Red P plates were the last sight to fade.”

I look back towards Zander and he compassionately nods. I continue. “My hand froze to my side when walking next to another boy for a period. Insecurities, doubts, and feelings of being isolated and alone resurfaced.”

Zander jolts forward and gulps down a mouthful of wine. “Where does all the hate originate?” Zander grunts, his face twisted in a frustrated strain. “Everyone should love everyone.”

I tuck myself into bed that night and reflect how at school, only a few years ago, I was taught sexuality is a choice. How playground chat was ruthless towards anyone labelled as gay. How shame was entrenched so young. How I wish more was being done at a faster pace. 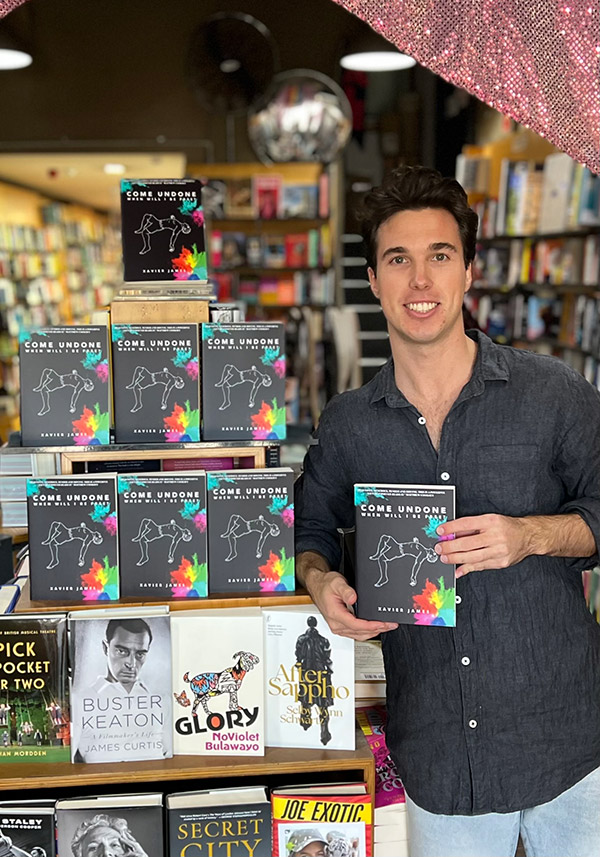 It’s no secret that LGBTQ+ youth are disproportionately impacted by mental health conditions. I wrote Come Undone to be the voice I wish I had when I was younger, struggling and lost. The words are the hug I was missing.

Prevention is key to turning any tide and the pages call for three meaningful changes to be enacted by government in Australia to protect young people:

Enacting these changes in the lead up to Sydney World Pride would be a significant statement of LGBTQ+ youth support and meaningful intention to turn the tide. 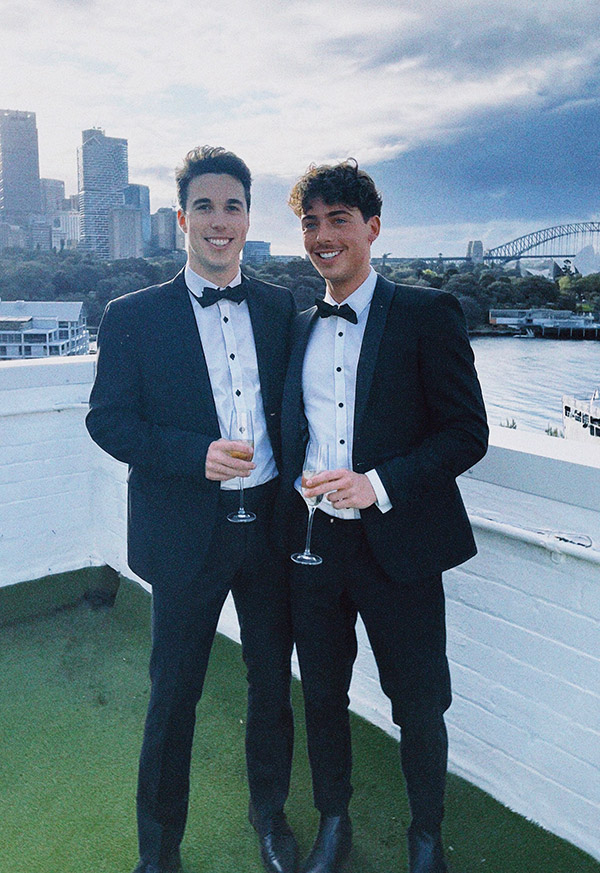 The LGBTQ+ community is more than just drag queens and claiming to be the best partiers. I see the LGBTQ+ movement as a fight for freedom to be who you want to be.

A few days pass in Nairobi.

I’ve already spent longer than I wanted hiding who I really was. Now with a local SIM on my way to Tanzania, I reopen the dating app, take a deep breath, and begin swiping.