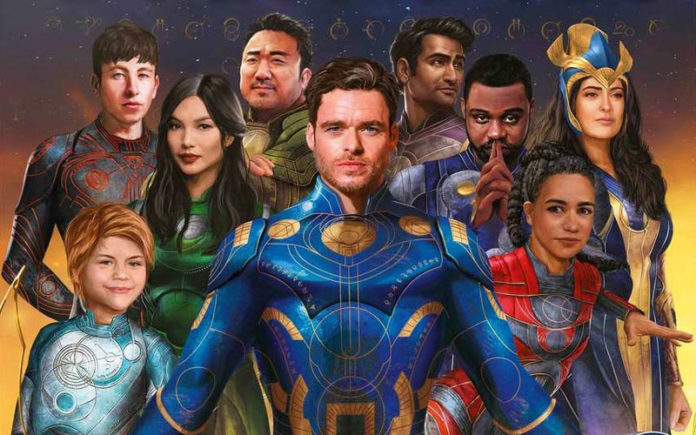 The final trailer for the Marvel project, The Eternals, has dropped and will set a new twist on the cinematic universe, thanks in part to the appearance of the first full-fledged gay superhero.

As previously reported by Gay Nation back in May, Brian Tyree Henry, who plays Phastos, will go down in history as the first gay superhero in the Marvel Cinematic Universe. In The Eternals, he will be married to a Muslim and gay character performed by Haaz Sleiman, and the couple will have children.

The final trailer begins with the character of Salma Hayek Ajak discussing the actions of Thanos, as a result of which half of the population of the universe was destroyed. After the return of all to eternal life, they had to prove themselves, because the liberated energy awakened their evil relatives – deviants. And that’s seven days left.

While there have been hints of queer representation in the MCU before, with director Joe Russo’s character in Avengers Endgame and Loki’s recent talk about his bisexuality, The Eternals will provide viewers with the first example of a significant LGBT visibility in the franchise.

Initially expected to be released at the end of 2020, the film will land in theatres in November 2021 and we will finally find out all about this new family of superheroes taking over from the Avengers as the frontline for cinema-goers.