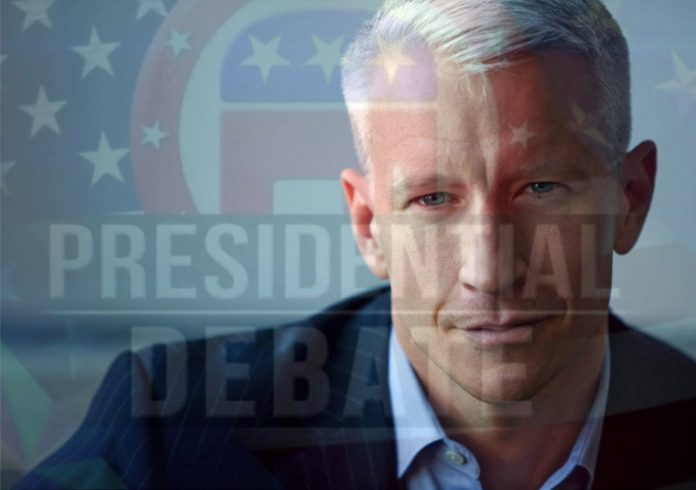 Openly gay CNN anchor, and outspoken Trump critic, Anderson Cooper has been selected to be among the journalists to moderate one of three upcoming US presidential debates.

Joined by ABC News chief and global affairs correspondent Martha Radiate, the debate will be held at Washington University, St. Louis, in the same town hall format where Cooper and Trump had one of their most memorable exchanges.

Asking Trump about a photograph which the Republican re-tweeted which appeared to cast Texas Senator Ted Cruz’s wife Heidi in an unflattering light, Trump replied, “I thought it was a nice picture of Heidi.”

“Come on, you’re running for president of the United States,” Cooper replied,
“Sir, with all due respect, that’s the argument of a five-year-old.”

The first, much anticipated debate between Trump and Clinton will be moderated by NBC’s Nightly News anchor Lester Holt, and will take place on the September 26 at Hofstra University in Hempstead, New York, with the final of the three Trump-Clinton debate’s being moderated by Fox News anchor Chris Wallace, taking place on October 19 at the University of Nevada in Las Vegas.

Watch Cooper and Trump Below.