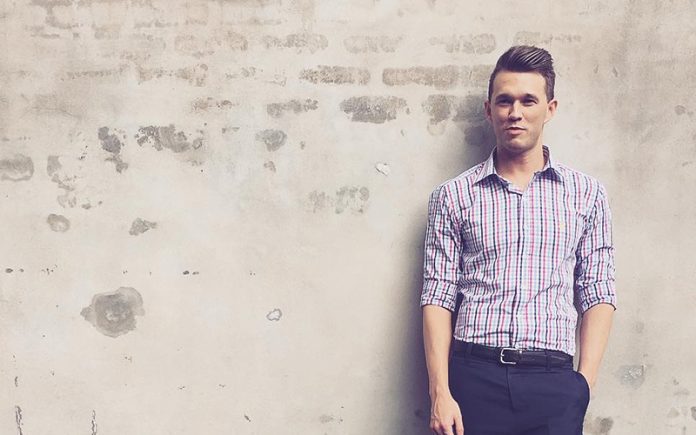 It was a year today that we set out to achieve 10,000 Instagram followers for an eikon reader and to try and achieve it within six months.

If you are an avid reader you will know we achieved the feat in just over four months and now eight months later David Francis has almost 34,000 followers.

The original aim was to build the following based on the human trait that everyone likes. To be loved, especially on Instagram.

They also love to give love back and for the gay community what better cause than a good looking 20 something gay guy from Sydney.

In essence, David was a semi-willing participant in this experiment early on, reluctantly agreeing for me to set up his profile and to start building but he soon became a willing partner and now is using the process to grow himself which has spurned off other projects.

“When Tony first suggested the Insta project I laughed. I couldn’t think of any reason why 10,000 people would want to follow me or what I would even post about! But I thought ‘sure, why not, what have I got to lose?’”

How he was wrong and in fact now Dave regularly has requests from brands and photographers asking him to promote their products and have photo shoots with them.

He has also recently moved into the world of Youtube, based on feedback from his Instagram followers, he is using the video platform as an extra way for people to get to know him outside of 2dimensional Instagram pics.

“It was even harder to convince me to step into the world of YouTube but with lots of pushing from Tony and a fair few followers, I’m actually enjoying it!

“I have grown a lot this past year for someone who really struggled with their own self-confidence.

“This platform has given me the opportunity to reflect on the person I am and has allowed me to connect and share my experiences with so many people. The number of positive comments and feedback I’ve received only encourages me to keep growing.”

So from Zero to 34,000 in 12 months on Instagram and a burgeoning career on Youtube we wonder what is next for the social media convert.