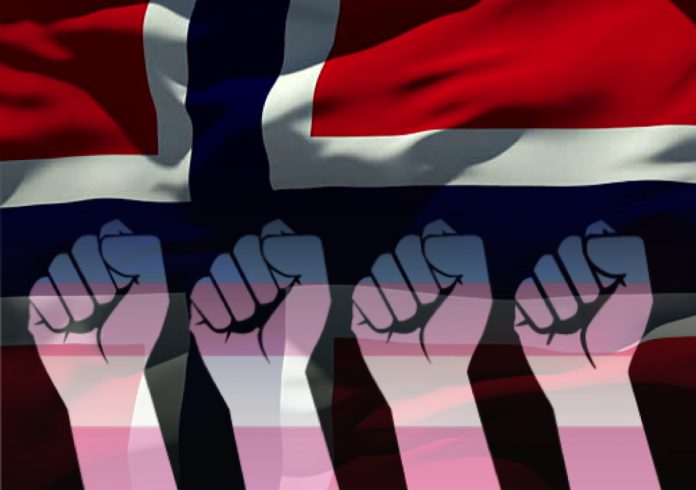 A new healthcare bill which will see trans people aged 16 years and older be given the right to have their gender legally recognised has been approved in the Scandinavian nation of Norway.

The new reforms which were approved by 79 to 13, are based on the principle of self-determination, were originally proposed in April 2015 by an expert group, before The Norwegian Ministry of Health produced the new health care bill.

Prior to the new reforms, trans people were required to undergo sterilisation to have their gender legally recognised, however under the Ministry of Health’s legal revisions, trans people aged 16 and older can have their gender recognised without any compulsory requirements, with trans children and young people aged 6–15 being able to apply with their parents’ permission.

Joyce Hamilton, Co-Chair of ILGA-Europe’s Executive Board has praised the reform saying, “by introducing legal gender recognition based on self-determination, Norway is now following in the footsteps of several European countries, including Denmark, Malta and Ireland.”

“This increasing trend towards safe and accessible recognition processes and a model that empowers and advances the rights of trans people is to be celebrated.”

Brian Sheehan, Co-Chair of ILGA-Europe’s Executive Board, adds, “the Norwegian vote sends out a strong message to other European governments. Oppressive preconditions, such as medical interventions, psychiatric diagnosis or sterilisation, need to be consigned to history.”

“The parliamentarians who voted in favour of self-determination today have set a strong example that their counterparts across the continent can follow.”

despite the progress being made much work is still to be done in Norway, with LGBTI activists highlighting that the self-determination reforms do not remove age limits or make any provision for non-binary adults and children.