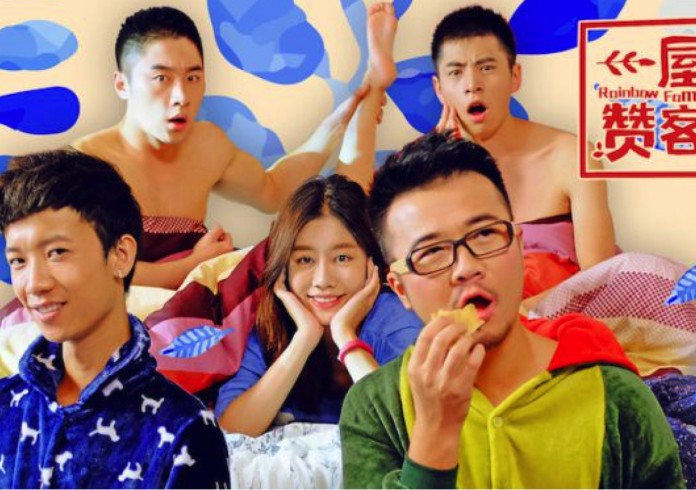 A new hit sitcom that has emerged from China, featuring an almost exclusive gay range of characters.

The show which translates to Rainbow Family in english has only been able to be viewed online, since the extremely strict and controlling Chinese government will not allow it on national airwaves.

Even with the limitations imposed by the Chinese Government the show has still managed to gain more than 24 million views since first airing.

Rainbow Family focuses on a gay man in graduate school called Xie Kezan, who has yet to come out to his family.

Joining him in the cast is Xie’s best friend Song Yi, a group of straight girls, a flamboyant roommate Austin, and Austin’s freeloader ex-boyfriend.

The Creators of the show have listed Will & Grace as a major inspiration in terms of how the show was designed and the script.

The sitcom is produced by the CEO of Chinese gay hookup app Zank, Ling Jueding.

You can view the first two episodes with English subtitles below: