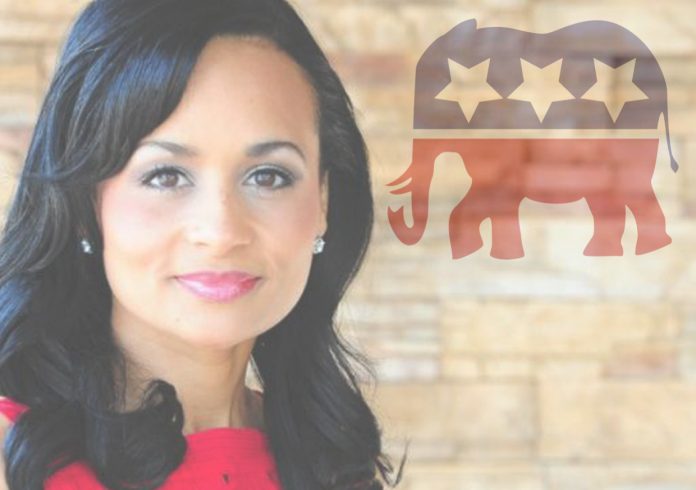 The official spokeswoman for Republican Presidential nominee Donald Trump has been quoted tweeting that “Gay is not normal, accept that.”

Unearthed by Buzzed News, the 2012 tweet from Katrina Pierson who was at the time working for Ted Cruz’s U.S. Senate campaign, has come back to haunt her despite the spokeswoman’s claims that the tweet was “harmless.”

Pierson has since released a statement about the tweet in question, which was in response to another twitter user’s tweet which questioned the spokeswoman on same-sex marriage.

“Long reach to go back to 2012 to try to create a new hit piece and call it relevant,” Pierson responded to BuzzFeed News reporter Dominic Holden, who had questioned her on how the tweets align with Trump’s claims of being LGBTI friendly.

Pierson adds, “You’ll also find that as a grassroots volunteer for multiple campaigns, it’s quite common that Twitter is a platform to promote/defend the policies and values of the candidates at the time. Many times, it’s about engaging trolls which can lead to humorous and sarcastic banter.”

“I’m sure you’ll also find that the positions/values of the candidates are not necessarily a sole reflection of the individual promoting or supporting said candidate.”

Despite Trump’s comments, the Republican Presidential nominee has never publicly confirmed his supported marriage equality, instead, Trump has called himself a “real friend to LGBTQ people.”

Trump who recently addressed the LGBTI victims of the Pulse nightclub shooting at the Republican National Convention, saying that he will do everything in his power to protect American LGBTQ citizens from the violence and oppression of a hateful foreign ideology. Has been seen as more of an attack on ISIS and “Islamic terrorism” than support for the LGBTI community.